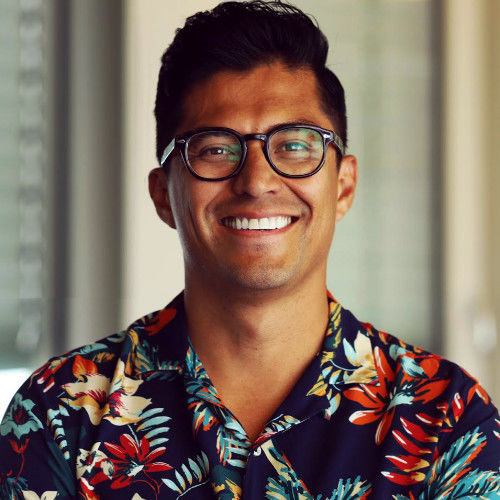 This was triggered by the German rap scene with its at times complete verbal lapses. Which is why the lyrics of more or less successful rap and hip hop songs were addressed in the campaign – because they are, as the title says, “Not only words. But violence against women.” Which is also the core message of the campaign which was developed by the creative agency Philipp & Keuntje for human rights organization Terre des Femmes.

“Everyone is always talking about how society is becoming increasingly... 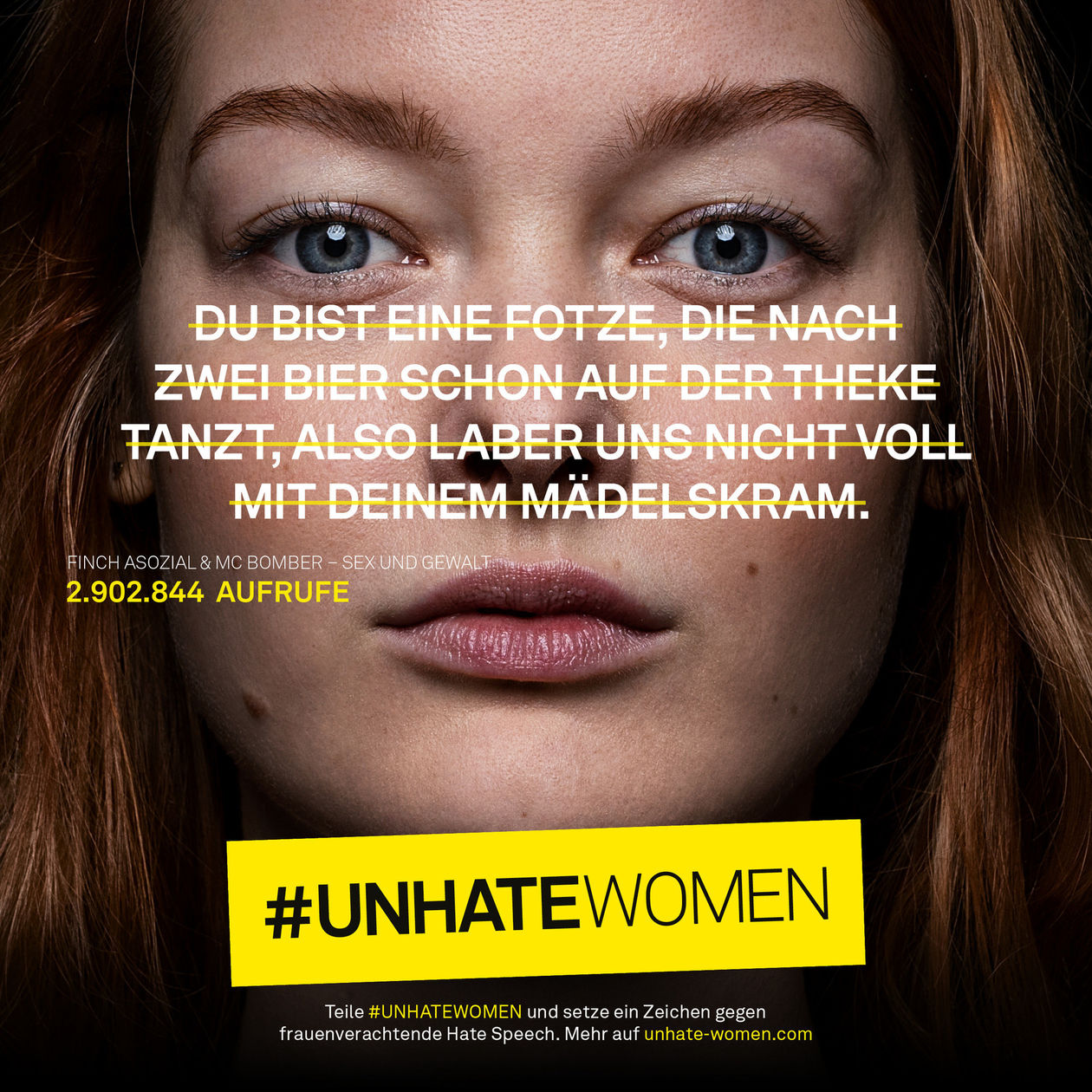 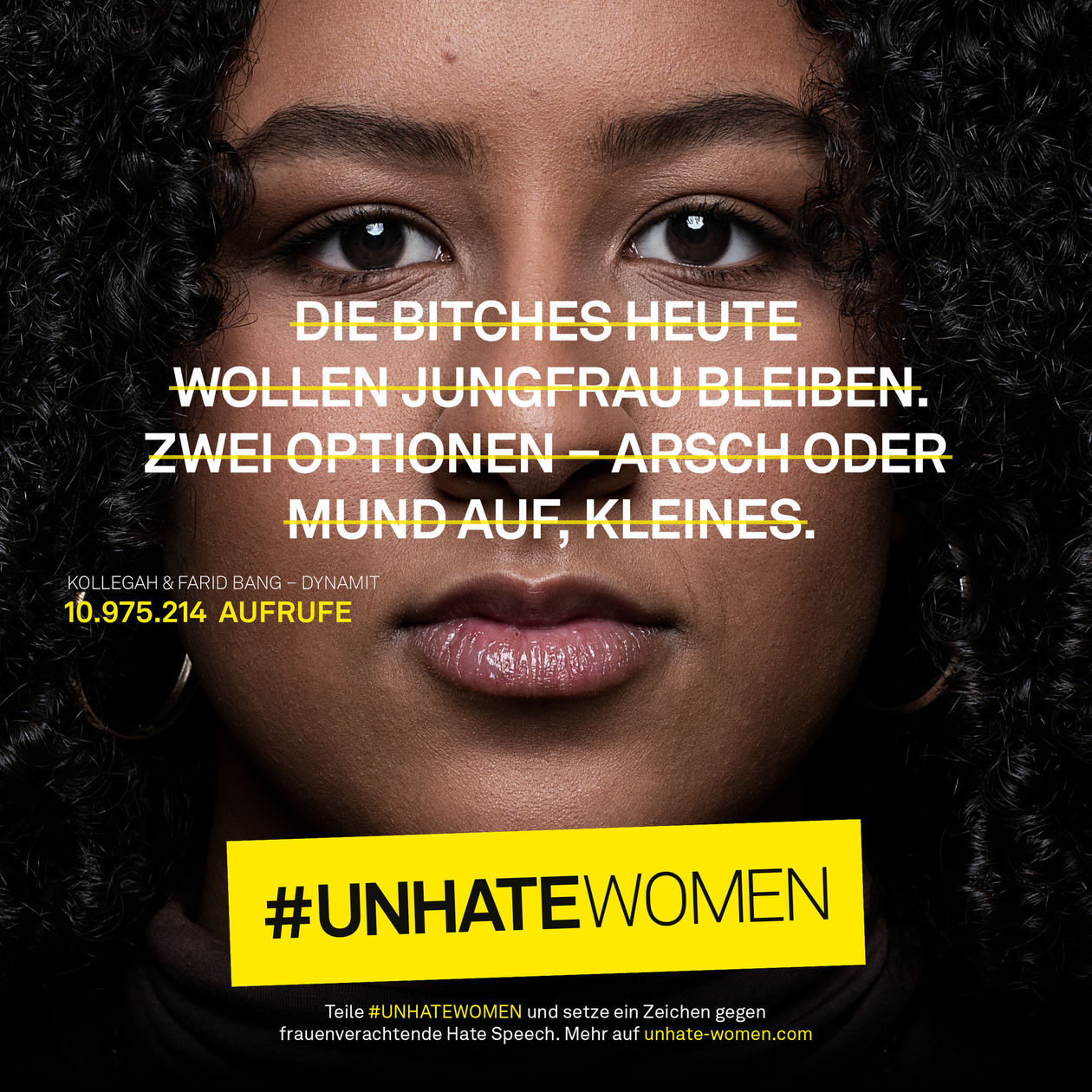