‘Heterosexual relationships do not need to be standardized’ … Go&See ‘Pixy Liao – Your Gaze Belongs to Me’, on display through 5 September, 2021, at Fotografiska New York

‘Relationships work best when each partner knows their proper place’ … Pixy Liao, aka Yijun Liao, is exemplary of a new generation of photographic artists experimenting with the possibilities of portraiture in depicting modern partnership. Her works emerge from personal experiences and her own intimate spaces, challenging conventional socio-cultural ideas of gender constructions and questions of nationality in a globalized world.

‘Your Gaze Belongs to Me’ is part of an ongoing, long-term project entitled ‘Experimental Relationship’. The project began when Liao, a Shanghai native, met a Japanese musician in 2006 while studying at university in Tennessee. This first solo exhibition of Pixy Liao’s work on display in a museum is arranged thematically and includes more than 50 works from two series, ‘Experimental Relationship’ and the outgrowth series ‘For Your Eyes Only’ as well as individual video and sculptural works which Liao is showing together for the first time.

In her photographs, shot with cinematic warmth and a somewhat laid-back vintage aesthetic, Liao often portrays herself in a dominant role while her boyfriend assumes positions of delightful submission.

“Moro made me realize that heterosexual relationships do not need to be standardized. The purpose of this experiment is to break the inherent relationship model and reach a new equilibrium.”

‘Your Gaze Belongs to Me’ has been curated for Fotografiska by Holly Roussell :  “Pixy Liao’s work does not leave us neutral; it draws up feelings: confusion, amusement, disgust, joy, surprise, relief, recognition, a sense of belonging. The photographs help people to step back and reflect on the things we often take for granted – such as the socio-cultural nature of gender constructions. These are conversations we should be having, and for me, her work is both a personal exploration and an important reflection of our society.”

And Pixy Liao is delighted : “My first museum solo show ‘Your Gaze Belongs to Me’ at Fotografiska New York is my most extensive show so far, including photo, sculpture and video works in the last fifteen years. The show was originally planned for last June, and then the pandemic hit. Now seems to be a good time to resume our life. I would like to thank my curator Holly Roussell and the fantastic Fotografiska team in Stockholm and New York.” GoSee : fotografiska.com/nyc 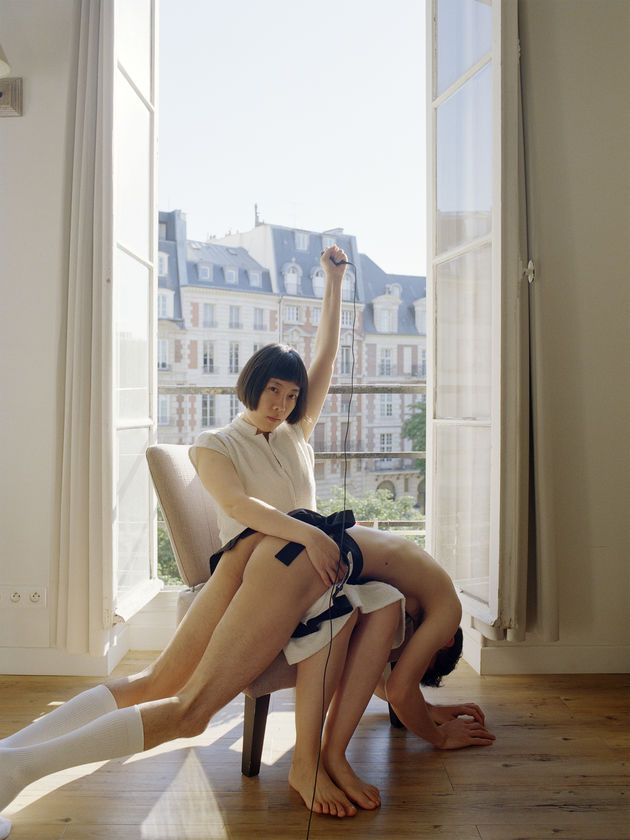 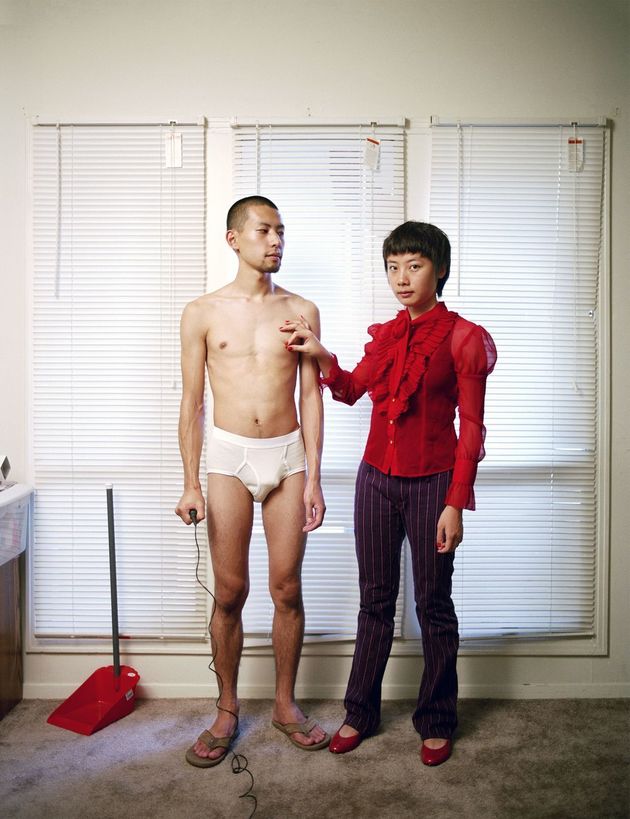 ‘THE DOLLS’ stands for over 200 pages of pure glam – the first book by fashion photographer Marco Ovando grants intimate insight into the life of the drag superstars celebrated worldwide, born in the glitz fireworks and melting pot of legendary TV show RuPaul’s Drag Race

Fashion photographer Marco Ovando is thrilled to announce the release of his first photography book ‘The Dolls’, featuring icons of the award-winning hit TV series RuPaul’s Drag Race. To do so, Ovando worked extensively with the drag artists during the popular ‘Werq the World Tour’, and most recently due to Covid-19, on the “Drive N’ Drag Tour”, where the stars are referred to by the team as ‘the queens’, but the girls themselves prefer to go by a different moniker – ‘the dolls’ – who really know how to get fans in their cars all hot and bothered on stage.

The press release tells us : “Throughout his career in fashion photography, spanning more than 25 years, Ovando has always been at the forefront of capturing the glamour of the drag world, including the very first season of RuPaul’s Drag Race, now thirteen years ago. ‘The Dolls’ is a collaboration with Brandon Voss from Voss Events (producer of ‘Werq the World’ and ‘Drive N’ Drag’) which grants a glimpse at this fascinating world of drag and performances through the lens of Ovando’s camera.

Split into four sections, ‘The Dolls’ begins with portraits of the top drag queens Ovando has been capturing in the studio and on set for years. Among them are winners and fan favorites from the show : Aquaria (season 10), Yvie Oddly (season 11), Jaida Essence Hall (season 12), and Violet Chachki (season 7) who also graces the cover of the book. Readers then see the grandeur of the queens’ performance in the following sections ‘The Shows’ and ‘The BTS’ (behind the scenes), within which Ovando shares exclusive photos from the tours and the popular Las Vegas residency ‘RuPaul’s Drag Race Live’. Finally, the dolls appear in their element as guests – at premier events such as the Met Gala – plus the featured entertainment in the final section ‘The Parties’ with photos from fabulous parties around the world.

‘The Dolls’ is a must for any Drag Race super fan and photography enthusiast, providing an intimate window into this world of entertainers who are adored worldwide.” Available for $ 75.00, and with signature for $ 110.00. GoOrder : shop.vossevents.com//the-dolls-photography-book
08.04.2021 show complete article

featured by Making Pictures : ‘Children of Covid’ – Bex DAY c/o MAKING PICTURES examines the emotional, social and physical influence of Covid on a young generation growing up in the United Kingdom

Bex Day, a photographer and director residing in London, is now 28 and publishes her work regularly in magazines such as Vice, Garage, It’s Nice That or even Dazed and Confused. The spread presented here entitled ‘Children of Covid’ was recently published in ANOTHER magazine together with a text by Dominique Sisley. The photographs deal with the topic of the emotional and physical influence of Covid-19 on children between the ages of four and twelve in the UK.

We gladly quote : “With the UK slowly crawling out from its third national Covid lockdown, the focus is now shifting to the fallout. Over the last twelve months, reality as we know it has been razed to the ground, with shops, schools and social spaces shutting their doors and – where possible – moving online. These changes have been difficult for everyone, but particularly for children, who have been stuck in this digital, stimulus-starved existence for some of their most formative years. According to Unicef, Britain’s kids have lost up to 700 million days of school education since the pandemic began – so how will this affect them, both in the long and short term? It’s a question that Bex Day has been musing over.” Read the complete interview on the Net. GoSee : anothermag.com///covid-generation-portraits-of-the-uks-pandemic-children
08.04.2021 show complete article 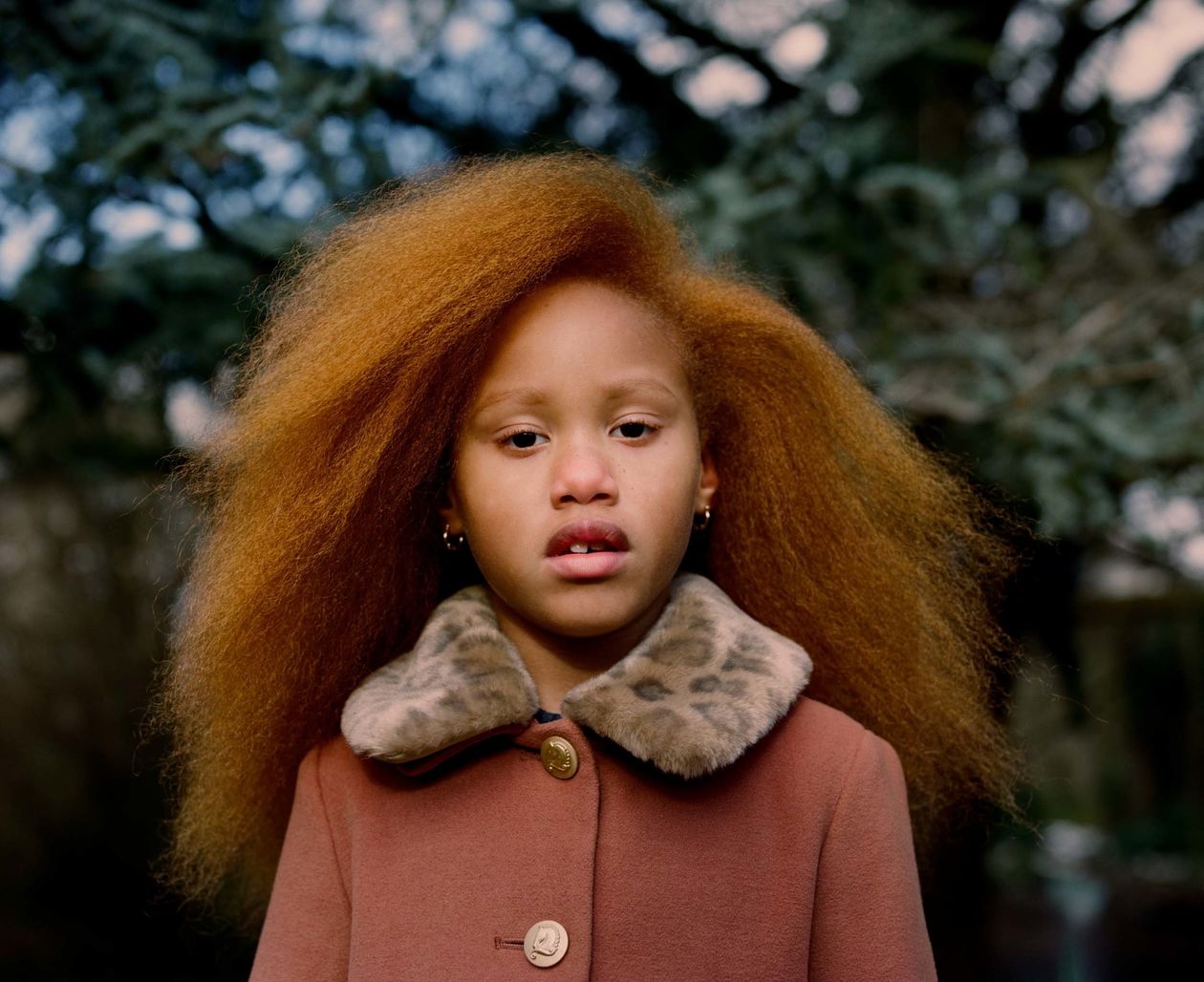