‘Dancing in the Streets’ – the magazine SLEEK celebrates ESTHER HAASE, and we have a spread and interview for you on GoSee.News

We quote: “A German photographer, director and artist, Esther Haase was born in Bremen in 1966. Her father, a professor of photography and design, took her to photo shoots as a child. Following a classical dance education and two years of stage experience, she studied graphic design with a focus on photography at the HdK Bremen. Since 1993, she has been traveling all over the world with her camera. International magazines and advertisers, films, exhibitions, books and awards document the success of her work.

SLEEK: Is there a photo that you consciously remember that made you fall in love with photography?
Esther Haase: I don’t think it was just one image. My father was a photographer, and my mother was an illustrator, and so I grew up surrounded by imagery. Before I became a photographer, I was a dancer and used to collect countless issues of Vogue Italia. I completely fell in love with the images I found there.

S: Can you describe how you found your way as a photographer?
EH: As a dancer, I was totally fascinated by lighting. I think that’s why I love cinema so much. For one of my first shoots, I had this idea of shooting on the stage with dancers, with the help of the lighting technician. It was a kind of full-circle moment to shoot the stage that I had danced on so many times. It felt so right. I love movement, fashion, lighting, makeup and costumes. I love to create an atmosphere. I went from dancing on the stage, to dancing behind the camera.

S: You grew up in an artistic environment. What do you think you picked up?
EH: I think the most important part of having grown up in such an artistic environment was that my parents always encouraged me. They never forced me to do something that wasn’t for me. My parents went to every exhibition, and they took my sister (who is now a very successful architect) and I along with them. We met all the artists. We were always in the middle of everything. I think my attempt to become a dancer was a rebellion against what my parents were doing, and yet I found myself returning to photography. I guess it’s in my DNA.

S: What touches you about the medium of photography?
EH: The beautiful thing about photography is that when I shoot, I can create my own world.

S: How do the stories in your photos come about? Is there a notebook? Do you soak up inspirations? And then what happens to them?
EH: As a visual person, inspiration is everywhere. On the streets, on the bus, in the sky. I also watch a lot of movies, and so I gather a lot of references through cinema. When a magazine or brand approaches me, is when I have to think about which inspirations to use. When working with a theme, like SLEEK 74 – IDENTITY, I ask myself: “What is my identity?” It becomes a very personal process where I reflect on myself and what I want to say in this particular story.

S: You live in different places, so you’re always on the move. Why and what does that mean for your work and yourself?
EH: I love movement; both in front of and behind the camera. I love to see new things and new places, nothing happens if you’re standing still.

S: Do you come to rest? If you do, what does rest look like for you?
EH: I like to rest on a train on its way to Paris (laughs). Where I live in London on Hoxton square, it’s a very quiet place, but around me, there are a lot of things. There are little cafes and restaurants. I like to rest within the movement, in a space that is alive.

S: Fashion plays a big role in your work. Why?
EH: Fashion is a costume. When you choose an outfit, you’re choosing to present something. It’s a tool for expression and emotion. If I shot a girl eating french fries in a Gucci dress, it would immediately become something more than just a girl eating french fries. Fashion is a powerful medium that can elevate the most mundane of things.

S: How close do you have to be to yourself to be able to make a portrait of someone else?
EH: When I’m shooting a portrait of someone, I have to be ready to fall in love. I have to be ready to recognise that person and make them feel confident and proud to reflect that into an image. Maybe there are parts of me in that person that I recognise too, which helps to form a relationship and a closeness.

S: Can you share a project that is waiting to be realised?
EH: My archive is bursting. I have so many analogue prints and negatives that I just have to do something with. They can’t just remain in my archive. I’m wondering about a project that has something to do with these materials.

S: What does happiness mean for you?
EH: I think creating is happiness. Happiness is when you capture that perfect moment, the kind of moment that happens when you’re living in the present. It’s a happiness you don’t always know until you see the final image. It’s amazing.” 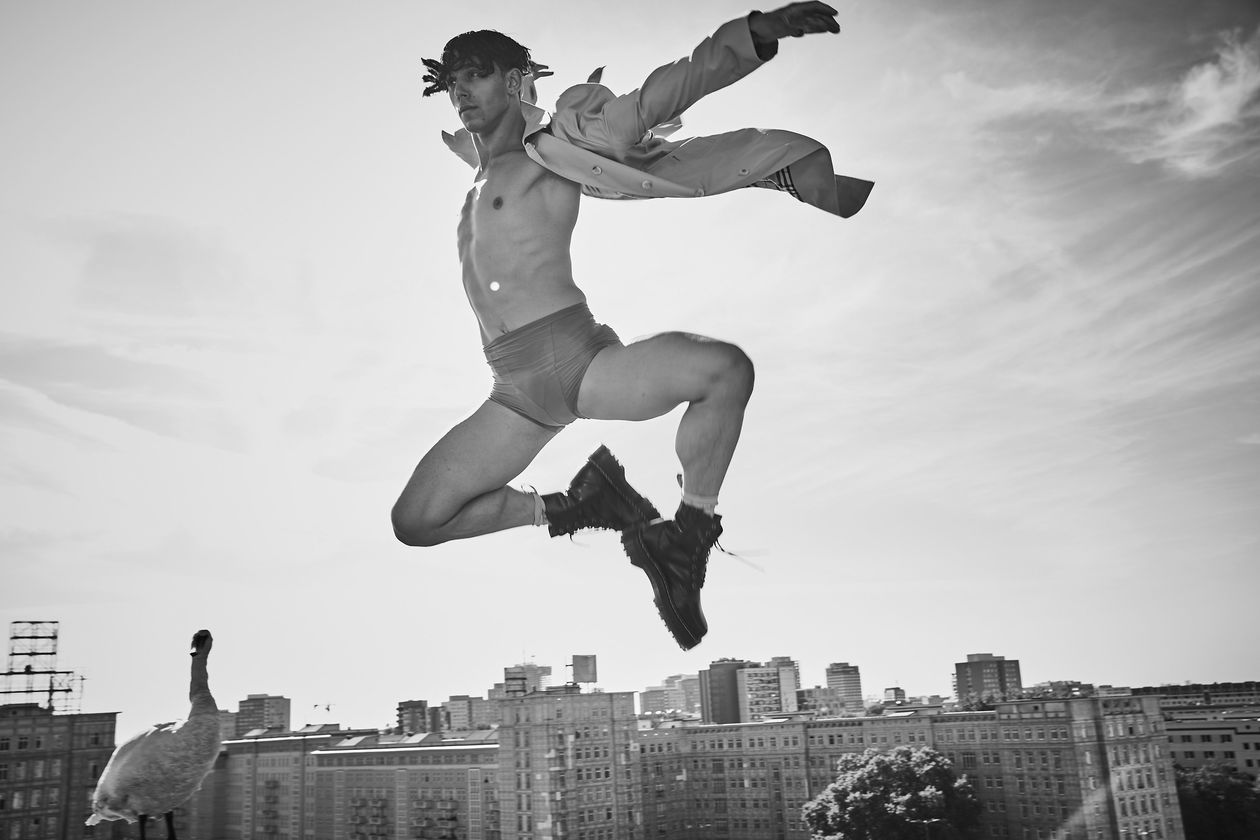 For ICON MAGAZINE’s December cover story, a special collaboration with the successful fashion influencer Leonie Hanne, photographer ESTHER HAASE imagined a magical narrative. The story named ‘Heavenly Beautiful, just landed in Paris – Glamour on!’ shows Leonie dressed in magnificent haute couture as she lands on a Paris rooftop and begins her glamorous journey through the city of lights. 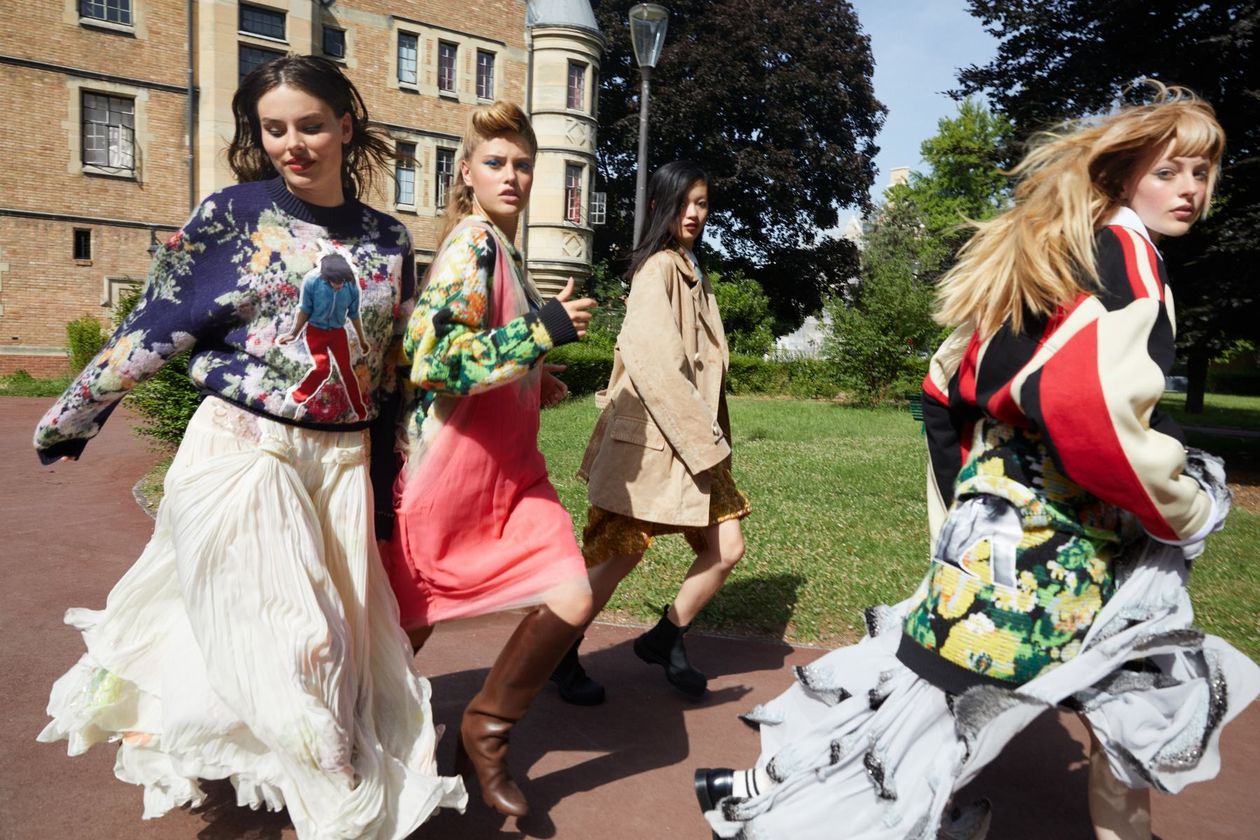