Internationally renowned street artist Fin DAC, considered one of the artists most worth collecting alive of his genre, is on display for the first time in London with his long-awaited solo exhibition ‘Afterglow/Undertow’. This is of course a prime opportunity for collectors to experience a Fin DAC exhibition. Because due to his hectic international schedule and his unwavering principle of only producing artwork of the finest quality, these kinds of events are extremely rare.

West Contemporary, long-term collaborator, gallerists and a fixture themselves in contemporary British art, are charged with hosting ‘Afterglow/Undertow’, a culmination of twelve months of studio work and six years of street work. Recent collaborations between the gallery and artist have included the sold-out print project ‘Velveteen’ and the Spring 2021 collision between Fin DAC and Mick Rock, the celebrated English rock photographer, who teamed up for ‘Midaro’ – a mixed-media reimagining of Rock’s portraiture work with Debbie Harry, Lou Reed, David Bowie, and Iggy Pop that garnered significant press around the world, and again, completely sold out.

Since Fin DAC’s last (and only) solo show, ‘Nadeshiko’, in Venice Beach, California, in 2015, he has criss-crossed the globe adding his artwork and building adaptations to major world cities such as Paris, Berlin, Milan, Tokyo, Melbourne, Sydney, L.A, New York, Miami, as well as locations less synonymous with street art such as Tahiti, New Zealand and Guadalajara.

Gallery Different, located in Fitzrovia – one of the city’s most impressive artistic regions – is the chosen venue for ‘Afterglow/Undertow’ due to its versatility and ability to afford the artist carte blanche to curate an immersive experience. Included in the show will be the artist’s first bronze and stone/gold sculptures, a 10-year anniversary homage to ‘Killer Instinct’, as well as 26 new large-scale original showpieces and a selection of one-off prints/collages and sketches. 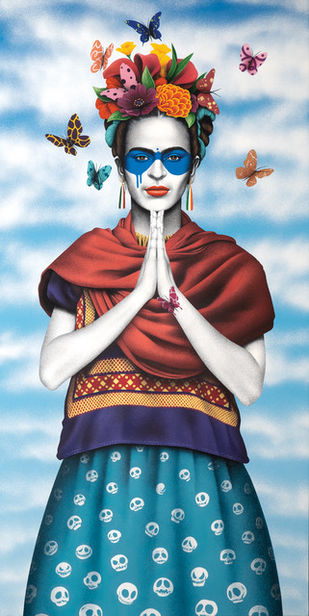 What causes cancer? Why is it so hard to defeat? What can each of us do to prevent it? How can scientists and doctors help patients? What are the new approaches and what other scientific questions do the researchers of the German Cancer Research Center look into? The magazine Einblick has the answers – topical, exciting and above all understandable – and can be subscribed for free.

Which brings us to the article ‘Zero Tolerance for Tumors’ written by Nicole Silbermann with illustrations by Luca BOSCARDIN c/o SEPIA : Tumors use molecular switches that slow down attacks by the immune system. Christiane Opitz and her team investigate which role products of metabolism of a specific amino acid play. You can read the article free of charge in the e-magazine by following the link as always in our article.

Luca BOSCARDIN c/o SEPIA is an illustrator and toy designer. He skillfully depicts complex topics in a playful way in order to make them more accessible for readers. Which his clients appreciate particularly in the area of scientific topics of research. Luca shows how cancer cells trick the immune system in the magazine of the German Cancer Research Center. GoSee : bc-v2.pressmatrix.com/einblick & sepia-illustration.de 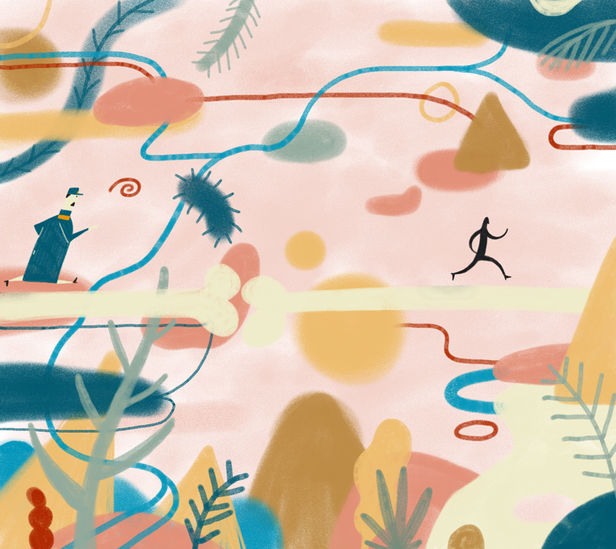 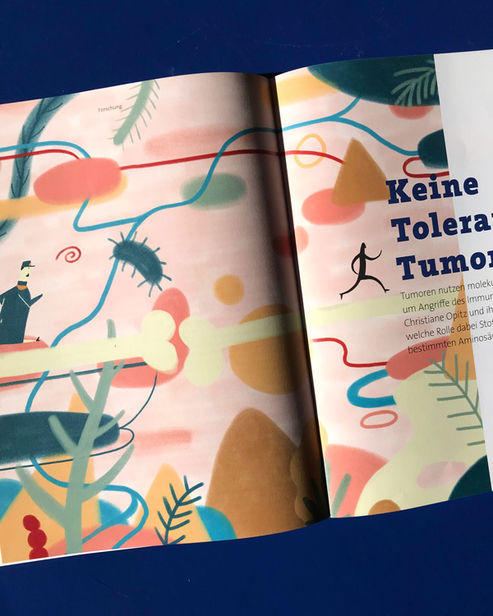 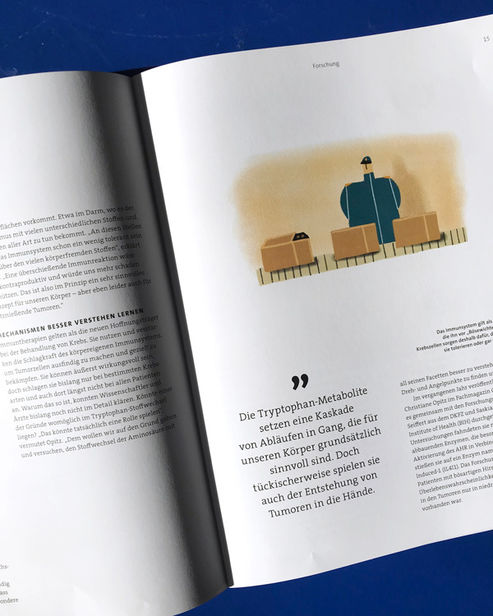 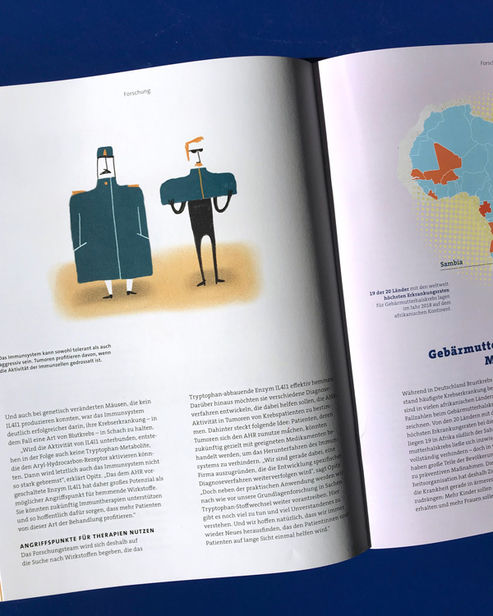 CORNELIA HEINZEL illustrated the new bar menu for the Restraurant Fritz & Felix/ Brenners Parkhotel / Oetker Hotel Management Company GmbH. Danube trips and Danube legends all about the ‘Danube Prince’ or the ‘Danube Mermaid in Strudengau' were the illustrative responsibility of NICOLAS AZNAREZ and CLAUDIA MEITERT in the Danube Special of RED BULL MEDIA.

With SERVUS magazine, TIBO EXENBERGER illustratively supported the theater pioneers, and CLAUDIA MEITERT designed the CRIME platform for Servus TV/Benevento Publishing. servus-krimi.com is the ideal platform to select the perfect crime story while on vacation in the Alpine region. There are also book presentations and reading dates for all Servus crime stories on this website.

NEW TALENT KAT J. WEISS from Hong Kong developed a FFP2 mask collection for fall which can be worn by young and old. The illustrator : “The idea behind this series was to combine people and food in a playful and surreal way. Food is not only nourishment in itself, but also nourishment for the soul, and plays a big part in our emotions, memories, and sense of belonging – which this collection celebrates.”

The ‘I am Marlene – daughter of the Alps’ campaign from Demner, Merlicek & Bergmann for the Consortium of South Tyrolean Fruit Growers Cooperatives is supported by illustrators TIBO EXENBERGER and THOMAS MADREITER.

VALERIE TIEFENBACHER contemplated the topic of mobility and traffic as opposed to space in public areas and created a mural at the office building of AC WOHNEN.

ARTUR BODENSTEIN illustrated on the topic of the body and health for the Children’s University of JKU Linz : TRIBÜNCHEN Issue No. 3 in cooperation with FLEISCH publishing. 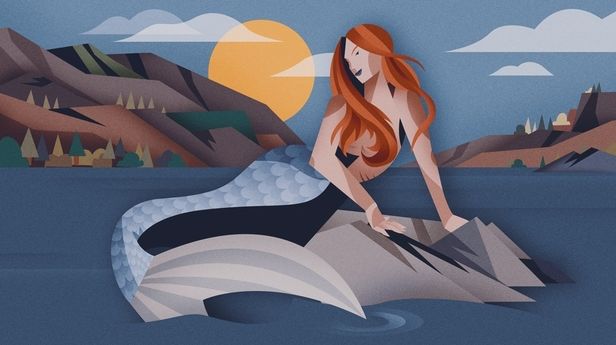 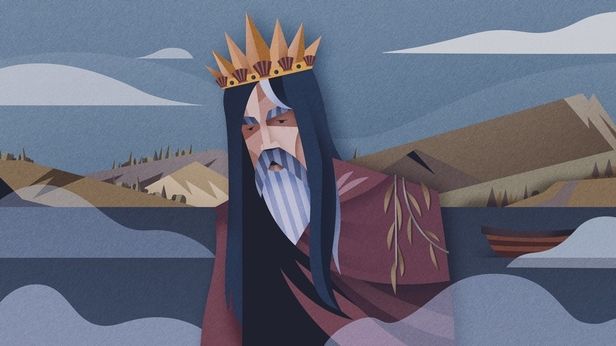 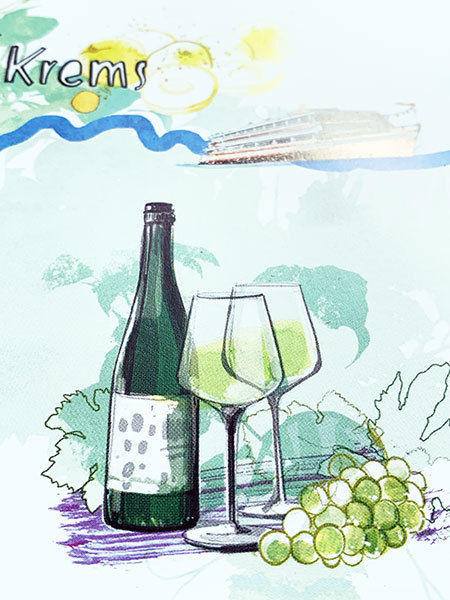