SUBLIME POSTPRODUCTION : To commemorate the end of WWII on the 8th of May, ZDF is featuring a new 10-part documentary series entitled ‘War and Holocaust – The German Apocalypse’. An act against forgetting

To commemorate the end of WWII on the 8th of May, ZDF is featuring a new 10-part documentary series entitled ‘War and Holocaust – The German Apocalypse’. An act against forgetting.

Post production company SUBLIME had the honor of creating the visual campaign for it, consisting of a photo series with four motifs. The photo series is based on the questions: Could this historical apocalypse repeat itself? How relevant is the topic today? Andreas Freitag and his Sublime team have built a visual bridge between then and now with their sensational artwork. They place people from the present within the context of the time. The result is an alarmingly modern visual world with an interplay of diverse, dangerously seductive symbols.

The TV documentary itself casts a glance on the time from 1918 to 1948, in which Germany entered the darkest chapter of its history and became responsible for millions of deaths and a further devastating world war. We read on ZDF : “The German Reich in free fall. How could a democracy in crisis lead to an apocalypse with war and genocide? From an international perspective, it tells the story of the rise and fall of National Socialism. The series does not end with the final days of the war in 1945 but tells the story of the human tragedies of refugees and in the liberated concentration camps, of the year following capitulation, of the legal reckoning with National Socialism, and of further processing the experiences into the year 1948.

The series describes the history of National Socialism and the Holocaust in a holistic approach – from a comprehensive international perspective in an act against forgetting. Rare and, in part, rediscovered film and photographic material as well as 40 top experts, including Richard J. Evans, Mary Fulbrook, Peter Longerich, Moshe Zimmermann, Alexandra Richie and Götz Aly, grant deep insight into this period of history between 1918 and 1948.

Based on the latest findings in scientific research, the series focuses not only on the motives of those responsible for committing these crimes but also on the responsibility of a major part of the German population at the time.”

ZDF is the main program of broadcasting company Zweites Deutsches Fernsehen and the second national public TV broadcaster in Germany. ZDF has been on the air since 1963. In the ZDF Mediathek, this essential series can be seen both in German and English – all free of charge. GoSee : zdf.de///krieg-und-holocaust-der-deutsche-abgrund


About – SUBLIME Postproduction combines a keen sense for aesthetics with a passion for all things visual and plenty of attention to detail. Knowledge of the entire breadth and depth of the visual arts enables us to give a technically perfect image what it needs to unleash its full effect. Areas of expertise include: transportation, CGI, motion graphics and beauty & fashion. 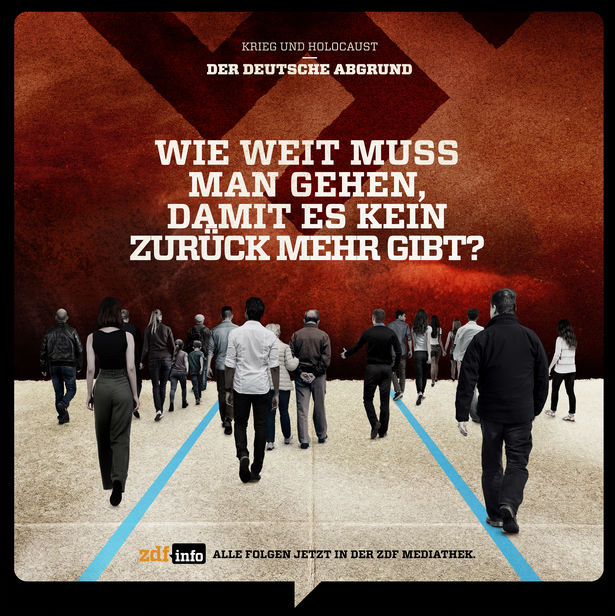 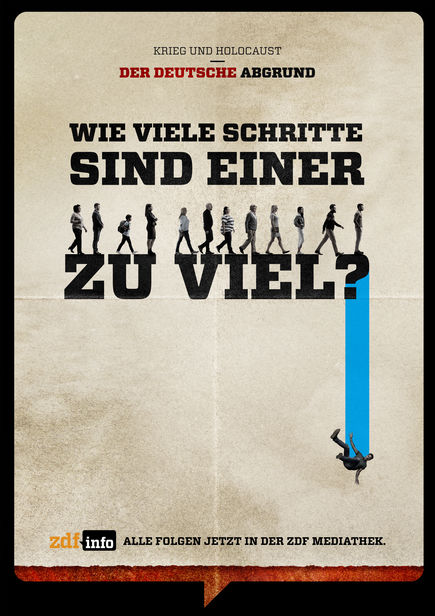 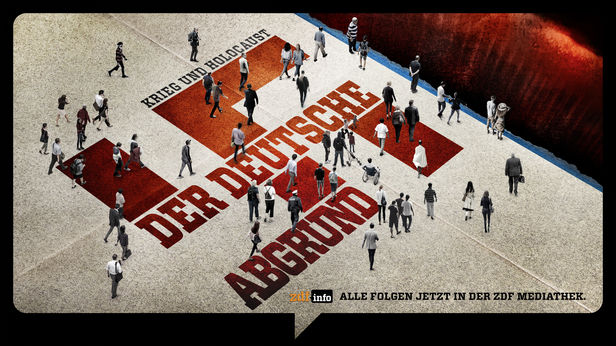 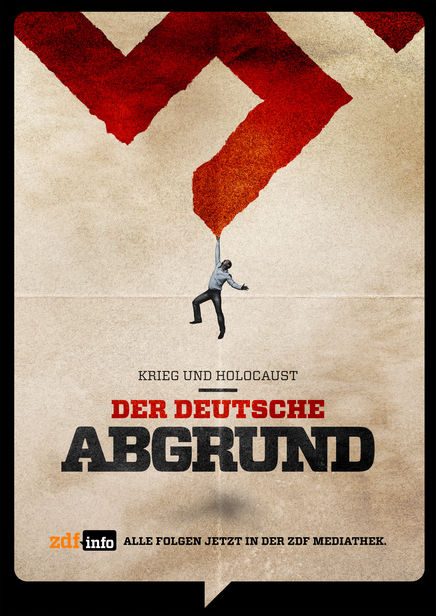 With ‘1899’, we can expect the next project by the creators of ‘Dark’, Jantje Friese and Baran Bo Odar, on NETFLIX. The series ‘1899’ is a historical mystery drama for which the producers used a new film studio equipped with modern LED technology. In eight episodes, ‘1899’ tells the story of mysterious events taking place during the crossing of a ship full of emigrants on its way from Europe to New York.

The teaser motif for the new NETFLIX series ‘1899’ was post-produced by ONE HUNDRED BERLIN. It was photographed by Jan Rasmus Voss. The film shoot for the series ‘1899’ has been in progress in London and Berlin since February, 2021. The first season is planned to be aired in 2022.

In ‘1899’, passengers of different descent dream hopefully about a better future for themselves in the USA. While still on the open sea, they encounter a second ship which has been presumed missing for several months. From then on, their journey takes an unexpected turn because what they find on board transforms their crossing to the promise land into a nightmarish riddle.

Author and producer Jantje Friese tells us about the actors in ‘1899’: “‘1899’ is at heart truly European. The characters all come from different countries and speak in their respective native languages in the series. We are so lucky to have found such incredible talent from around the world to embark with us on this exciting journey.”

We have the trailer for you on GoSee, and you can find the jobs on our GoSee website under : gosee.news/onehundredberlin//jobs 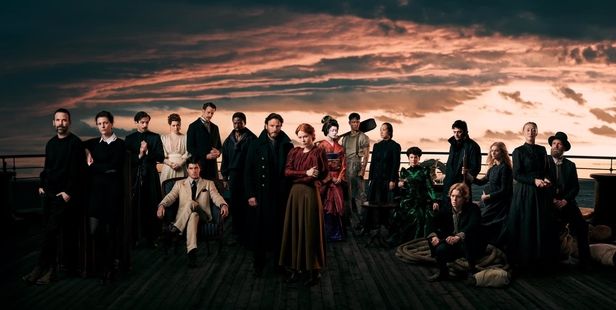 Tim Mälzer, born on 22 January, 1971, in Elmshorn, is a German chef, TV presenter, entrepreneur, cookbook author, and entertainer. His show ‘Kitchen Impossible’ has been aired since February 2016 and was awarded the Deutsche Fernsehpreis in 2017 in the category ‘Best Factual Entertainment’.

In order to win the unconventional cooking competition on ‘Kitchen Impossible’, TV Chef Tim Mälzer and his professional contenders must cook under conditions of heightened difficulty : Somewhere in the world, a black box awaits them. Hidden within it is an unknown dish, which they must recreate as exactly as possible. Grooming: Maja Botic and styling: Sue DIETZ c/o LIGANORD. GoSee : vox.de///kitchen-impossible 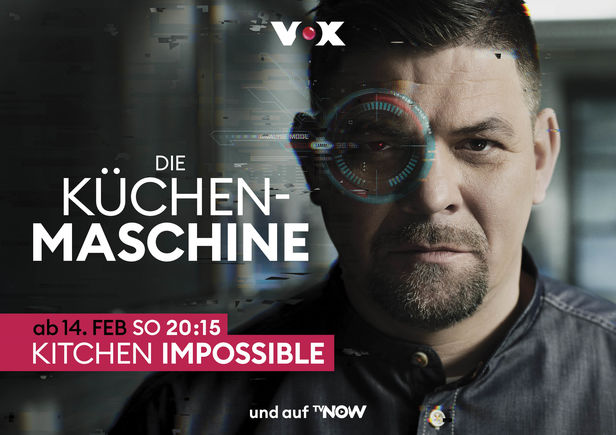 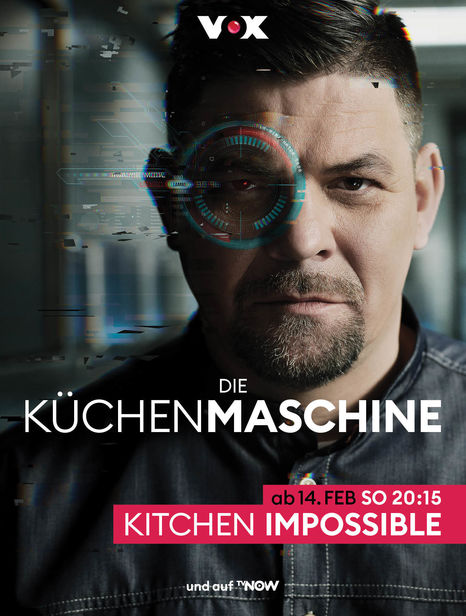