Illustrator Cécile Gariépy from Montreal is now represented by JSR AGENCY. “She creates images that tell stories. She illustrates for various media and clients, from editorials to food packaging and advertising campaigns, plus a birthday card each year for her mom. Her work is playful with an emphasis on color, composition and character design. Apparently, Cécile is afraid of finding a monster under her bed, but other than that, it’s all good… ”

“The Park welcomes the greatest athletes, the greatest artists, the greatest events, and it invites all its visitors – over four million per year pre-pandemic – to enter its grand playground. Our new campaign highlights how essential our facilities are to the great city of Montreal by enabling it to host and create memorable events for all visitors. More than ever, the Olympic Park has become a place where we can enjoy unique, larger-than-life experiences, filled with unforgettable emotions and memories, and our new campaign reflects this idea. The Olympic Park plays an important part in the recovery of our city as a must-see tourist destination.” - Alain Larochelle, Vice President of Operations and Commercial Development at the Olympic Park.

She also illustrated the eye-catching motifs ‘Artfully Crafted’ for BLUE MOON beer. “Belgian Moon asked me to produce a coloring page that could bring us all together.”

Among her clients are Apple, Spotify, Aesop, Esquire, The New York Times, and many more. She also designs children’s books. Her latest obsession: Sausages on bread which she lovingly illustrates… Further details are available via JSR AGENCY.
23.07.2021 show complete article 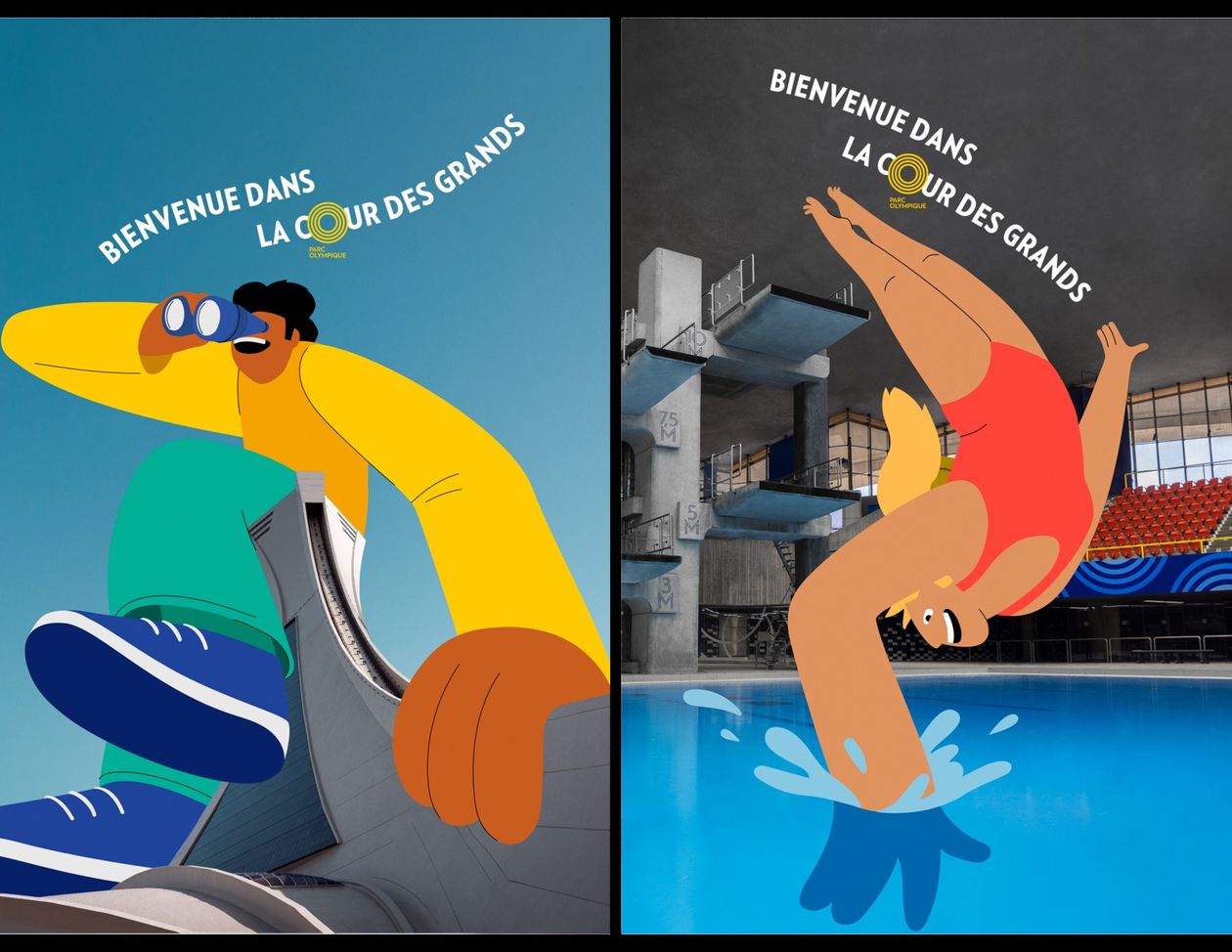 Trajan JIA is now represented by JSR AGENCY and presents us his latest works for BVLGARI ROSE Goddess, ROCKING ZOO, ESTEE LAUDER and STARBUCKS Reserve Shops 2020-2021. “Trajan is a renowned and experienced illustrator and designer from China, presently active in London. He has worked extensively in London as a visual designer and illustrator for more than eight years, realizing several successful projects within, or related to, the Chinese market, and is passionate about developing Eastern aesthetics within modern brands and commercial spaces. His dream is to bring a reimagined, redesigned and redecorated lifestyle to each customer.”

An education in traditional Chinese painting, Western and Eastern literature, history and political culture have had a formative influence on his concise multicultural style. Growing up in a special Chinese factory community, the massive architectural framework and comparatively tiny personal living space serve as the inspiration for his artwork. Various forms of graphic art such as silkscreen print, drawing by hand and embroidery mindfully record the details of these changing times – the narrative story of the urban community and the gently disappearing public living space.

He graduated from the China Academy of Art with a BA in 2011 and then continued at UAL’s Chelsea College of Art and Design. His work as an artist began with his final theses on the collective memory of the Chinese urban community, and he created a series of illustrations and illustrated book designs based on this study. To distance himself from an otherwise reality-driven narrative style, his works present arbitrary and magical traces of human destinies against the backdrop of an architectural framework no longer intact.

Car photographer Simon STOCK c/o JSR AGENCY was already commissioned to shoot stills in the studio, pre-lockdown, for the new ROLLS ROYCE ‘Dawn Silver Bullet’ collection. The campaign is reminiscent of a nostalgic poster campaign in the spirit of the Grand Tour of the twenties. Because the name of the game in 2021 is still : Glamorous, timeless locations await you… as soon as we are able to leave our homes!

Rolls Royce : “Inspired by the spirit of the roadsters of the 1920s, Dawn Silver Bullet is a modern interpretation of the heady, irreverent attitude of that decade. A powerful and precise model that cuts through noise and strikes a chord with everyone in search of escape and adventure. Limited to only 50 cars worldwide, the retro style of Dawn Silver Bullet is a future classic that honors the glamorous past.”

Depicted is a classic trip starting off in Goodwood, the home of Rolls-Royce, down to the Cote D’Azur in southern France, through Paris and Reims in the Champagne region, before reaching the south and the so beloved Mediterranean sun. Each Rolls Royce is manufactured by hand in the highly modern production facility and headquarters in Goodwood, England. The photos are used worldwide for events, an app and digital. GoSee : rolls-roycemotorcars.com & jsragency.com
08.07.2021 show complete article 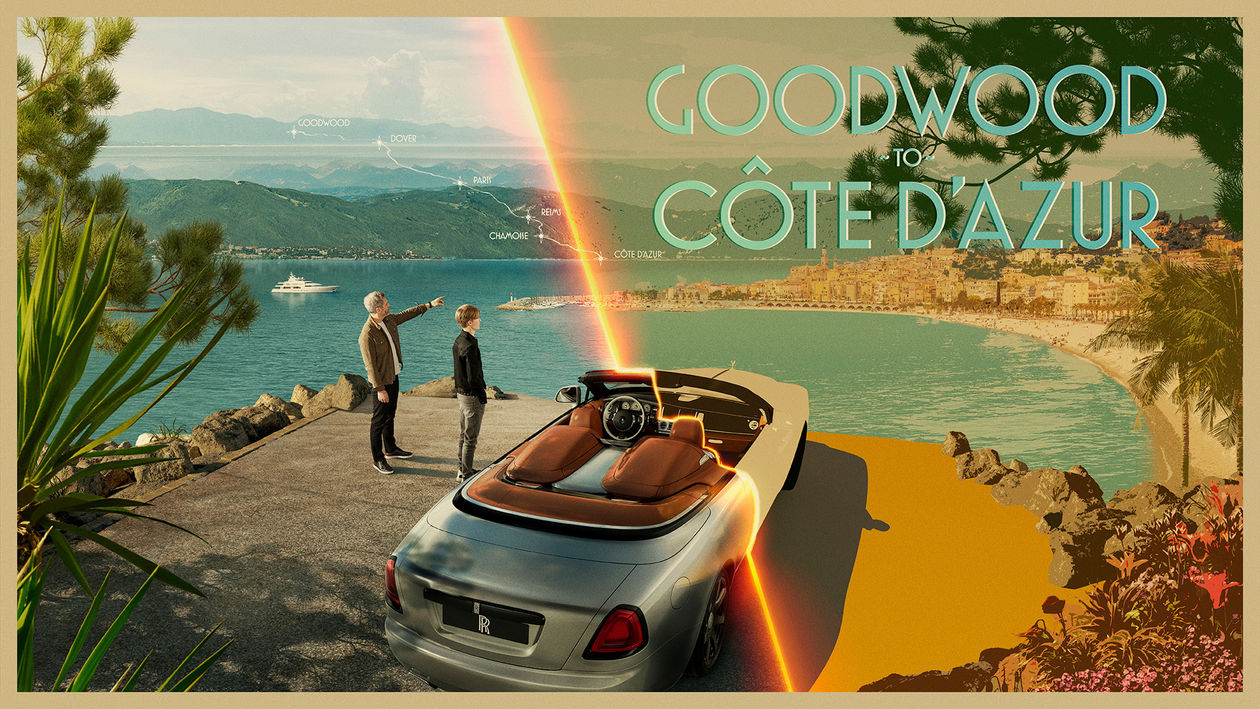