Freedom, friendship and fun – experiencing the real world together – FRANK KAYSER presents you his project straight from the heart: the R-Book on GoSee

The straightjacket in our heads can be pretty stubborn for some of us and is fed every single day, often without us even noticing. Just how things appear, thanks to advertising and films, is often oversimplified and streamlined until they’re so many facets and dimensions weaker than genuine reality. Girls pink, boys blue.

For the R-Book, FRANK KAYSER and his team followed the members of the notorious Californian Porsche vintage car club, R-Gruppe, over the course of 15 months. He came home with a collection of wonderful photos depicting the lives of this motley group of members. The club is a who’s who across all social classes in California. What matters here is who you are and not what you have. Freedom is lived and breathed, individuality is never questioned. You make your own decisions: What do you want to look like? How green is your lifestyle? What makes you happy? You want to rebuild and tune your old Porsche by yourself? Cool. You don’t need a manual here, no golf club, no trophy wife, ... the less rules, the better in the land of opportunity.

FRANK KAYSER: “For many years, I have been used to realizing projects with precision and professionality. I interpret and realize the concepts and visions of my clients. These projects often entail weeks of planning in advance, you work in large teams, not to mention the pressure to succeed. Boxed in by guardrails, you elaborate on what the client wants. In this book, everything was and is very different.” Frank explains: “Conception, production, sales and financing are all completely in my hands. Thanks to this creative freedom, I got to document the things that inspire me over and over on 580 pages: beautiful landscapes, cool dudes and loads of awesome cars. The old air-cooled Porsche is the connecting link of it all. The book is not just another coffee table book about cars but my statement for analogue values such as freedom, friendship and the fun of experiencing the real world together.”

Ulf Porschardt, Welt Chief Editor on the book: “Challenging the persona of the ‘Old White Man’ has led in unsaturated environments to calling traditional role models into question. And to an often merciless self-optimization to the point of striving to be borderline cliché or forever young. The Instagram accounts of some marathon running, vegan (lifted) mature men have blurred the line between coquetry and caricature. The R-Gruppe does not want this. Which is what makes the photographs by Frank Kayser in the new must-have book on the topic so marvelous. They are raw and full of humor, without trying to take themselves all too seriously. These Californians pit the spirit of a free and easy brotherhood against the uptight old-fogginess of the vintage car scene. It is the attempt to live in maximum freedom with a minimum of social rituals. And to help men understand that being grown-up doesn’t necessarily have to be a dungeon, it can be a throne.”

Besides in Die Welt, the book was just featured by GQ and Spiegel Online and has sparked international interest. This also goes for sales.


About - R Gruppe: Co-founded almost 20 years ago by Cris Huergas and renowned automobile designer Freeman Thomas, the R Gruppe – strictly limited at any given time to a mere 300 members – is a car club dedicated to “hot rodding” early 911s, transforming them in much the same vein as Porsche did in the late 1960s when the company created the fabled 911R, the father of all motorsport derivatives. There aren’t hard and fast rules of what makes an R Gruppe car, but the basic criteria that must be met is that the Porsche in question must be a 1964-1973 911. Then, it’s up to the individual owners to modify and build something that adds an extra sporting flavor to their car and illustrate they have the proper enthusiasm, attitude and obsession to become deemed worthy of membership in the R Gruppe, with the late Cris Huergas once adding that the “R Gruppe isn’t just a club, it’s a brotherhood.”

About R-BOOK. Documented over an 18-month period by renowned motorsport photographer Frank Kayser with vibrant imagery, the R-Book showcases these special, personalized Porsche cars and their uncommon owners whose membership in the R Gruppe is more than just a loose affiliation but in many cases a way of life. Comprising 580 pages, there are scant words used with the bulk of those lingering-on bios of the often very individualistic car owners. Instead, The R-Book leaves the collection of 824 achingly beautiful and evocative photographs rendered in both color and black & white of cars, member’s private garages, and breathtaking Californian landscapes to do its “speaking”.

Available in both a standard print as well as a slipcovered special edition limited to only 700 copies, the very engaging R-Book gives insight into a very exclusive club and might just be the next best thing to being there. What’s evident and for certain, is that no car – or owner – in this club is the same. Recommended, and almost certain to inspire feelings of modifying your own Porsche, get a copy of the engaging R-Book before they’re gone. 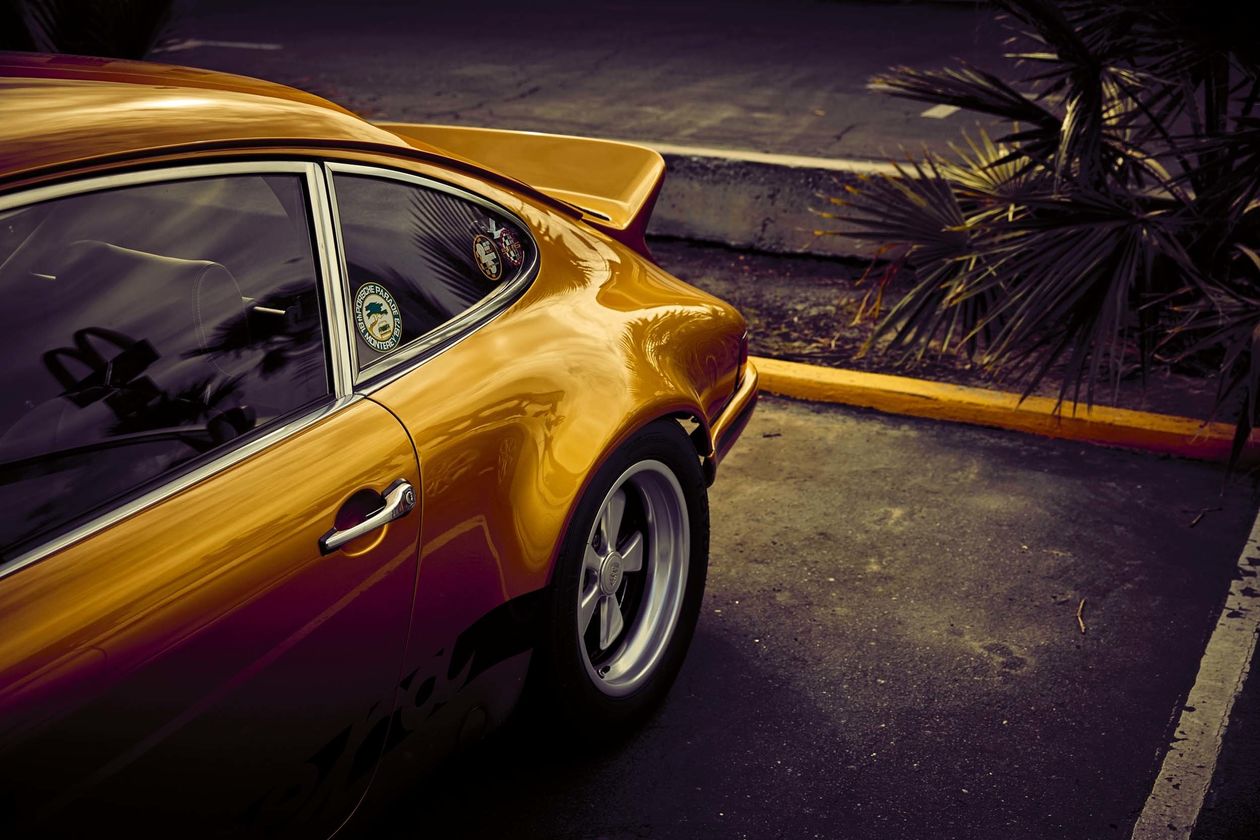 Frank Kayser : Lamborghini Remastered – a sneak preview of the exhibition 'Remastered Versions of Our Great Photo Productions for Lamborghini Magazine (Years 2007-2019)' in cooperation with Lamborghini

Over the last years, FRANK KAYSER has staged several exciting productions with Lamborghini and Lamborghini magazine, often in breathtaking locations. Many of these series, together with the customer magazine from Lamborghini, have been awarded design prizes. In a retrospective, Frank Kayser presents the highlights of this 12-year cooperation with Lamborghini – reinterpreted and remastered. 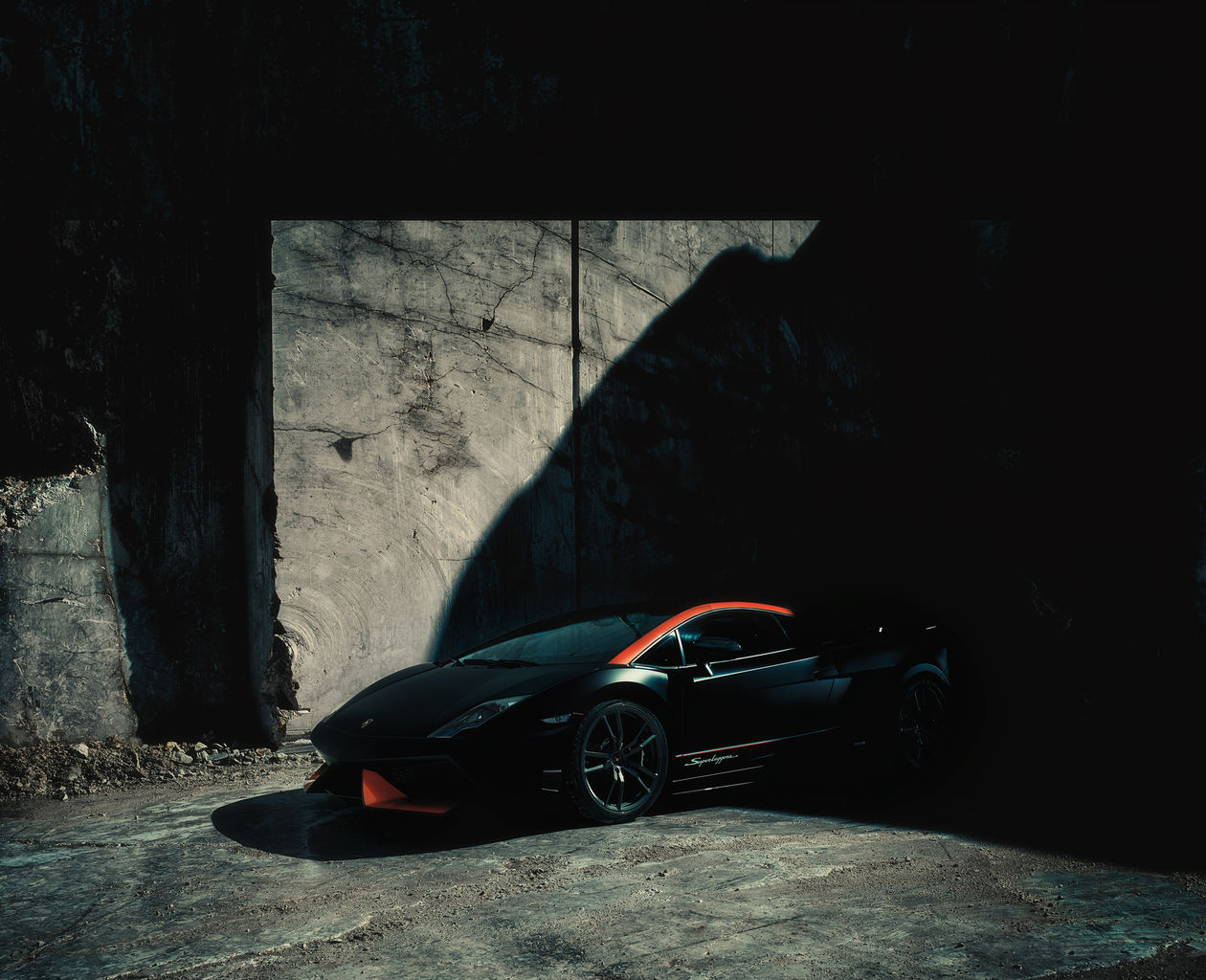 With 'Rain Dance', FRANK KAYSER presents to us at GoSee the first part of an extensive project that was developed with PORSCHE and the PORSCHE MAGAZINE Christophorus. The exciting part of the development is that he and his team provide for every aspect of the project: concept, production, filming, marketing, photography, and social media content such as YouTube trailers and Instagram posts in different sizes and formats.

The members of the R Gruppe in California have been indulging their particular passion for Porsche for the past 20 years – and neither poor weather nor the opinions of others will keep them from it. Founder Cris Huergas is the keeper of the code. The Porsche enthusiasts chose the German name 'Gruppe' on purpose, rather than the English 'group', in homage to the 1967 Porsche 911 R. Equipped with the motor of the 906 Carrera 6, it is a cult object for the Gruppe and the model for admission tickets: all Porsches until 1973.

"The R-Gruppe is the hottest Porsche club for classic air-cooled Porsche 911 hotrodsist der wohl angesagteste Porsche Club für klassische luftgekühlte Porsche 911 hot rods, and it is limited to 300 members worldwide. The Gruppe was founded in California, and celebrates its 20th anniversary this year. We produced a photo and image report and social media content for Porsche and the Porsche customer magazine Christophorus. I found the topic utterly fascinating: the members and their outlooks on life, their social circles, and of course, their awesomely cool cars. So, I decided to take a closer look. We are showing 'Rain Dance' as a teaser film - we shot it in the Bay Area."  More on the topic to follow.

Our claim is what we do. As creatives and visual specialists we explore and define new territories in which you can claim yours. We create and produce visual content. Photographic campaigns, editorials, documentaries or videos. Frank Kayser, a born sports car photographer, filmmaker and storyteller, has formed a Germany-based ecosystem of experienced professionals for visual content creation and production. It enables clients to achieve what they envision.
01.07.2019 show complete article