Likewise, KAUFLAND pushes further ahead with its new visual language and brand communication, which is not only a nod to its large assortment, regionality and reasonable prices, it’s also just supposed to be fun.

Responsible for the complex and impressive prop models was Arndt von Hoff. Production was in the hands of GoSee Member FALCA, Always Everything and Production World.
27.06.2022 show complete article 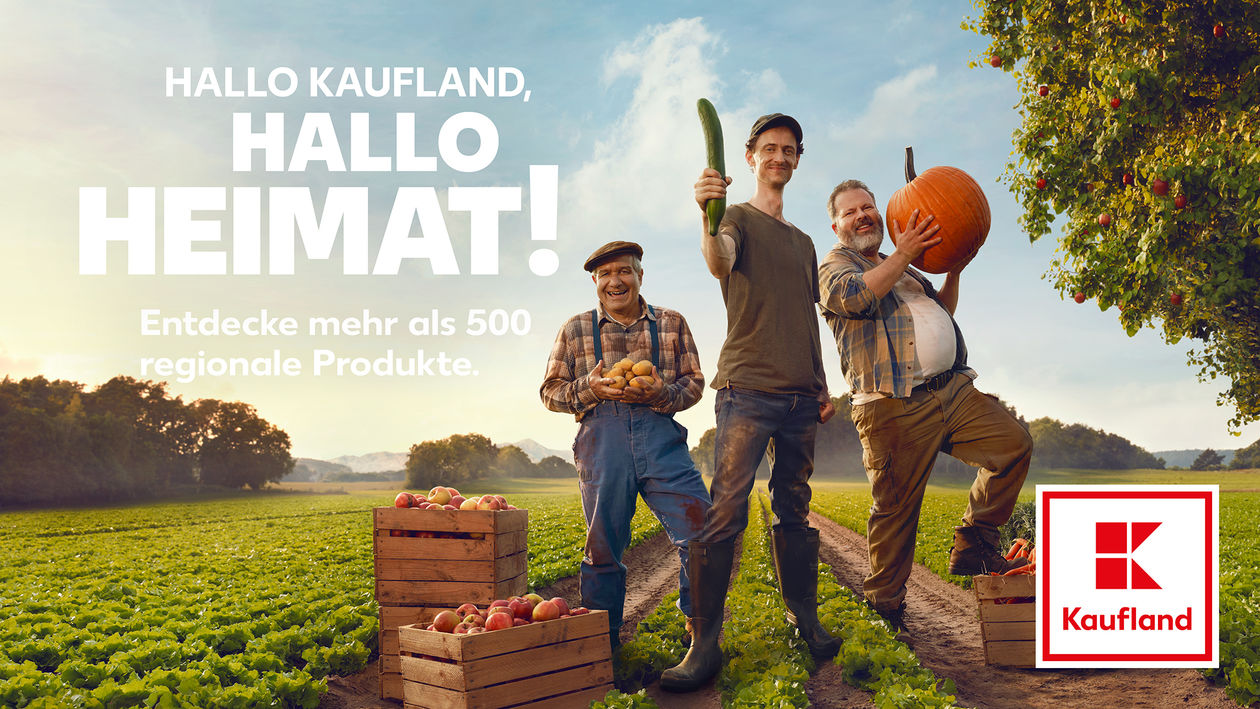 ‘With the new SmokeFire pellet barbecue, you can make food you never thought possible in your own backyard and turn your patio into a designer stage. Sear at 315 degrees Celsius, roast, smoke or even pan-sear – it’s all possible,” says WEBER GRILL.

The ‘SmokeFire STEALTH Edition’ with a completely blacked-out design has just received the RED Dot Design Award 2022, and Markus Mueller photographed the perfect campaign for the occasion for Scholz&Friends (AD: Christian Wellhäußer), with art buying taken care of by Ellen Kleinbölting. Food on the grill was put together by food stylist Laurent Overmans, and styling came from Doreen Regel c/o basics berlin. The production company was Aways Everything. And the campaign wouldn’t be complete, of course, without Weber’s classic Master Touch kettle barbecue.
21.06.2022 show complete article 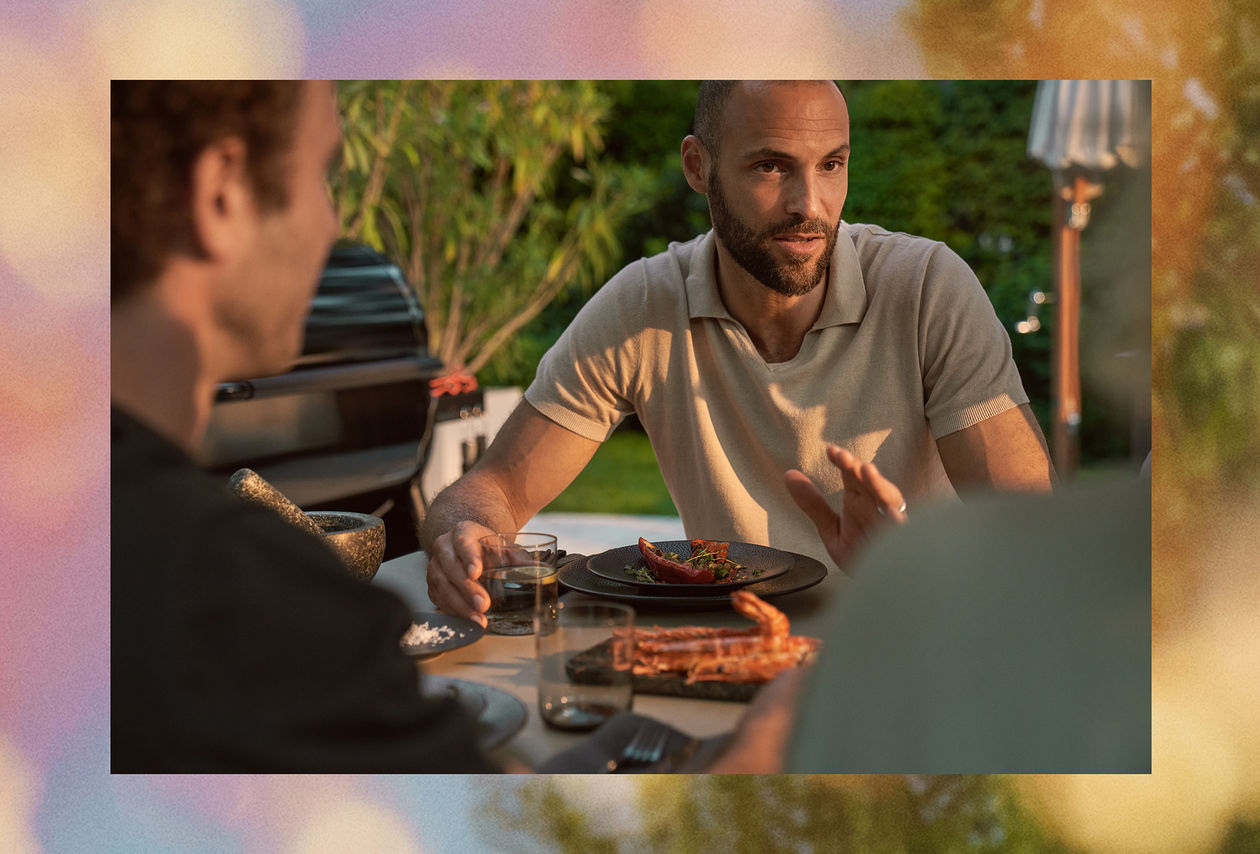 Markus MUELLER photographed the latest campaign for POSTBANK, a brand and subsidiary of Deutsche Bank. The campaign focuses once again on conveying the feeling that financial affairs are handled at Postbank quite easily in a fair and uncomplicated manner. The feeling you get when it fits just right: The feeling of a perfect fit is the central theme for the repositioning of Postbank.

Responsible for the campaign was the agency Jung von Matt Spree with Creative Director Arne Stach. SUBLIME was in charge of creative post production: “For this project, we decided to create a series of still lifes showing people who have succeeded in fulfilling their dreams with the help of different services offered by Postbank. Markus Mueller realized the photos during the film shoot for Postbank. He used the same models and set to create photos with a cinematographic look & feel. He captured perfect moments with the models, the result of which are character shots." 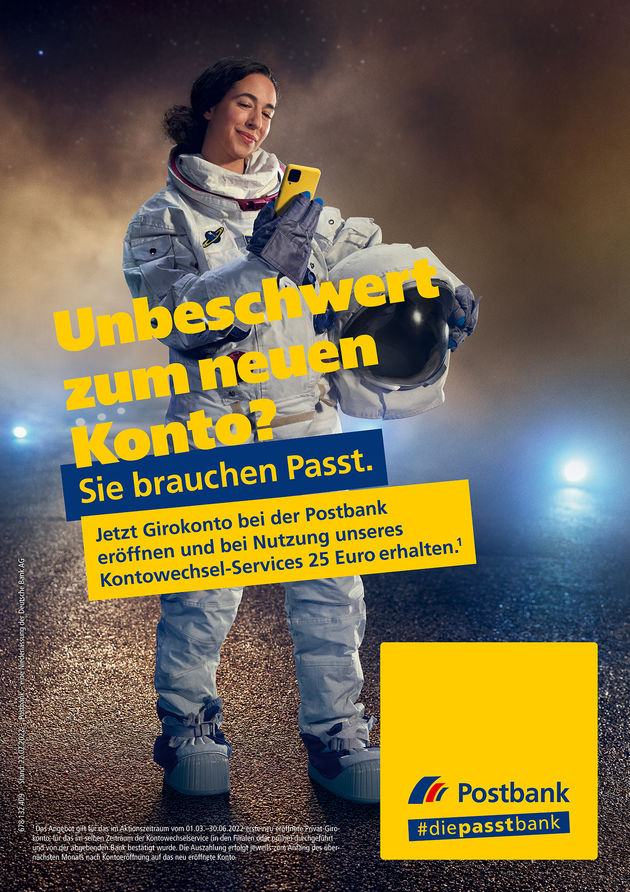 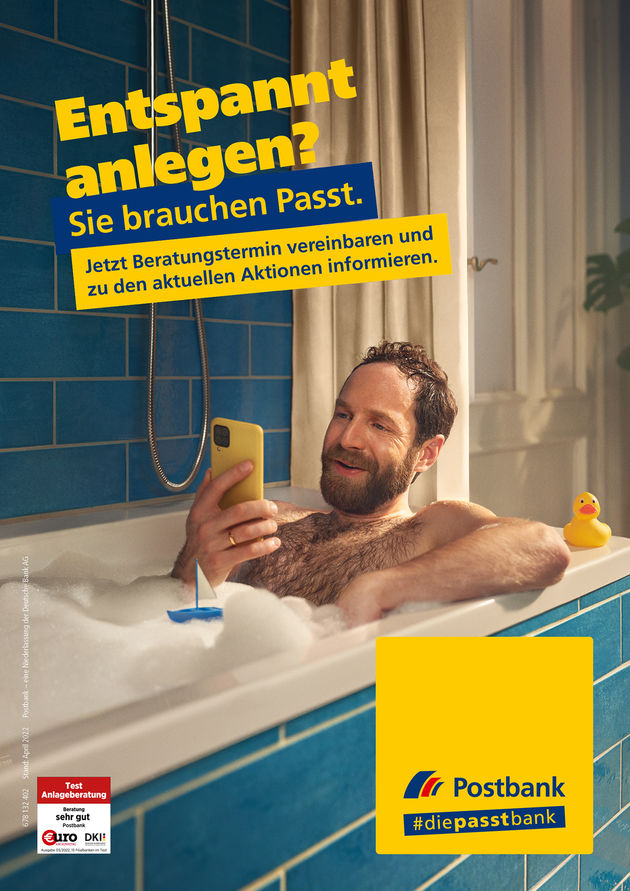