‘What are you burning for?’ – Bernheimer Contemporary and Jan Kuck present the neon light artwork ‘BURN’ in MAISON MARSIL for ART COLOGNE ‘22 and are planning the light installation ‘THE BURNING CANAL’ for the Copenhagen Light Festival 2023

‘What are you burning for?’ – precisely the question of international light artist JAN KUCK we are now asking in our boutique hotel MAISON MARSIL in Cologne. The neon work BURN will be on display in the foyer of the absolute gem for ART COLOGNE 2022. Here on GoSee, we present you Isabel Bernheimer from Bernheimer Contemporary with Jan Kuck during the installation of the artwork.

Isabel Bernheimer and Jan Kuck are representing the booth of Malte Uekermann Kunsthandel this year, specialized in abstract positions of German art after 1945 such as Willi Baumeister, Heinz Mack, Otto Piene or similar.

Just recently on display at the Berlin gallery was the exhibition TIME MATTERS by Munich resident Jan Kuck. Jan Kuck, born 1978 in Hanover, lives and works in Berlin and in Munich, and is represented by the artist agency Bernheimer Contemporary, headquartered in Berlin. He first studied law for several semesters and went on to graduate with a Master’s degree in Philosophy and History – laying the profound theoretical foundation for his work as a conceptual artist. In his conceptual art, he pointedly carves out both the wit and the tragedy of our society. An important hallmark, seen throughout his work, is the complex interaction of light and words.

ART COLOGNE – Around 190 galleries and dealers are presenting art of the 20th, 21st, and – in many cases fresh from the atelier – of the 22nd century, from 16 through 20 November, 2022. Art Cologne, originally the Kölner Kunstmarkt (Art Market Cologne), was founded in 1967 and is the oldest art trade fair in the world.

The curator and the artist are now preparing a big project for 2023: In February, the Copenhagen Light Festival 2023 will present THE BURNING CANAL & ARACHNE by Jan Kuck. So stop by the art fair and meet up with them for an after-work Kölsch beer at MAISON MARSIL – where they will gladly tell you all about their new project. Of course, we had a few questions :

In 2020, Jan Kuck illuminated the Isar in Munich with his installation THE BURNING RIVER (GoSee reported with a video). What awaits us now with THE BURNING CANAL in Copenhagen?

Jan Kuck: “THE BURNING CANAL is a concept specifically for the Copenhagen Light Festival 2023 and a continuation of my idea for THE BURNING UNIVERSE, adapting THE BURNING RIVER (Isar, Praterinsel, Munich, Germany, 2020) to the canal system of Copenhagen.”

And what exactly is THE BURNING UNIVERSE?
“By the time of the possible realization of the THE BURNING CANAL in February 2023, THE BURNING UNIVERSE will already consist of two monumental projects: THE BURNING RIVER & THE BURNING ALPS. THE BURNING RIVER was born of the idea that rivers are the main arteries of our cities and are thus synonymous with the development of our society. But a society can only develop through the dreams, wishes and ideas that are born and realized or prevented in that society. For this reason, I wanted to explore what people are burning for and create a powerful and ambiguous symbol for it.

To do so, I combined high-performance pumps with high-tech lasers and LED spots, on the one hand, to create the illusion of wild and torchy burning water over an area of approximately 100 x 30 m. On the other, I asked people on the internet: What are you burning for? The answers were then projected with a laser onto the building behind the BURNING RIVER.”

Can you tell us a little about THE BURNING MOUNTAIN?
“THE BURNING MOUNTAIN will be the equivalent with snow guns that are among the first to be powered 100% with green energy in the mountains of Davos, and will take place on and around New Year’s 2022 / 2023. This will highlight the importance of an environmental balance in the mountains, similarly to how THE BURNING RIVER in Munich symbolized a nature reserve in the middle of a city.”

Now the biggest project of the series in Copenhagen?
“THE BURNING CANAL is planned in the same way as the THE BURNING RIVER, as an interactive art installation for an important inner-city waterway, so that Copenhagen can draw attention to the importance of canals and to the desires, dreams and passions of the visitors of the Copenhagen Light Festival. THE BURNING CANAL is planned to be at least 200-meters long, which is about twice the length of THE BURNING RIVER, to underscore the importance of Copenhagen. Besides the slightly droning noise of the pumps, the installation will not have sound.”

Particularly his latest exhibitions have received great attention among the press and art scene. Following his solo presentation ‘Time to talk now’ in April 2019 at Kunsthalle München, Jan Kuck spoke at TEDx Munich and was the first light artist to get the chance to exhibit at Munich’s Siegestor, a smaller version of the Arc de Triomphe in Paris, during the Munich Creative Business Week, MCBW 2020, with his light installation ‘DESIGN! or NO SIGN?’.

His largest art installation in the public space to date is THE BURNING RIVER, for which he set nearly 100 meters of Munich’s Isar River at the height of the Deutsches Museum seemingly ablaze with industrial lasers in March 2020, asking people from all over the world to answer the question: What are you burning for? From summer to fall 2021, several of his neon signs were exhibited in Munich, Augsburg and Passau, among other places, in front of the synagogue in Munich.

His work was on display in August 2022 in the park of Bellevue Palace as part of the German Federal President’s Citizen Festival. Jan Kuck is currently preparing solo and group exhibitions at home and abroad.

Hotel Maison Marsil was opened in 1999 by Frank Schmitz and Cyrus Halabian, and was completely renovated in 2016. At the moment, they are busy working on their second hotel project – MIRA D’OR DE MARSIL in Tenerife. Its opening is planned for fall 2023. 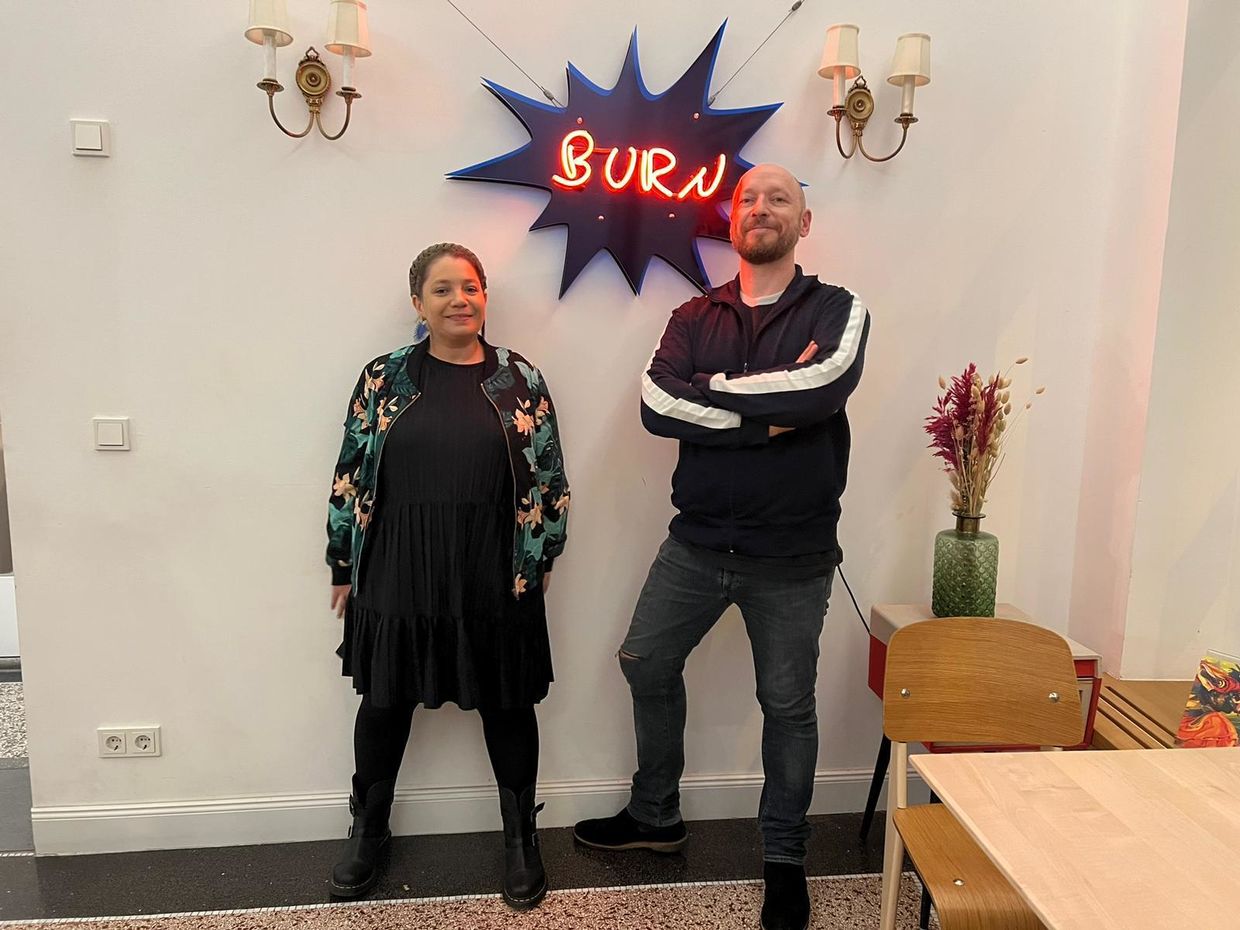 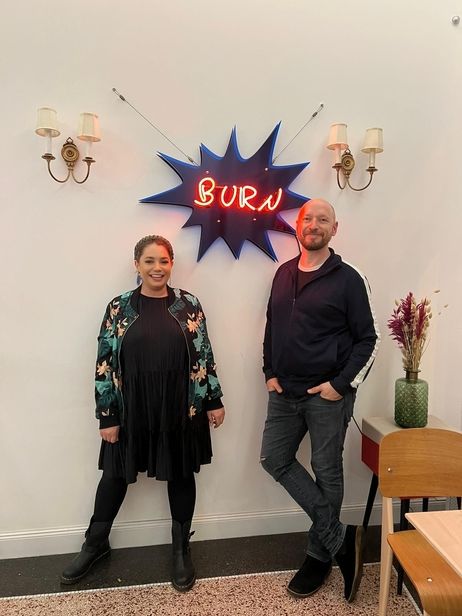 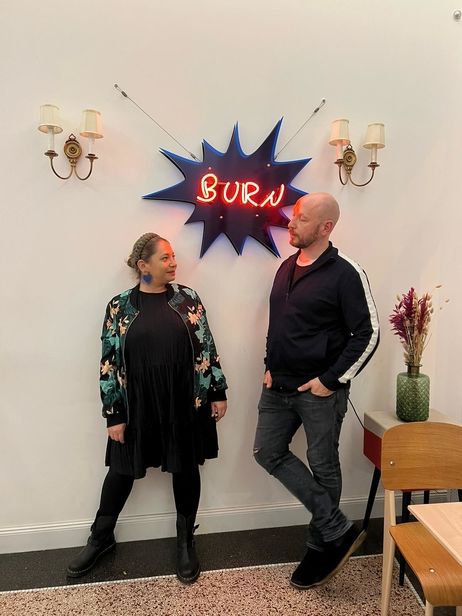 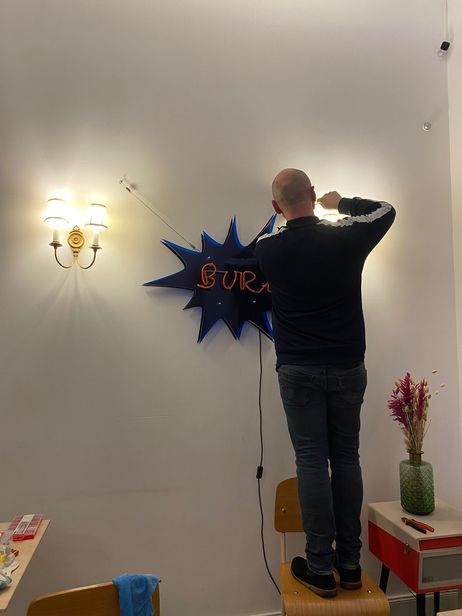 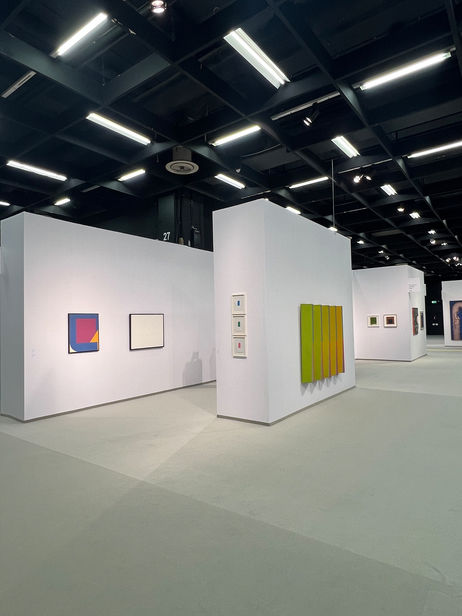