GoSee - Brainwave Emotion: Sigourney Weaver, Questlove, Steven Pinker, and More on Science of Feelings at Rubin Museum of Arts, NYC
Do you control your emotions or do your emotions control you? At the upcoming season of Brainwave at the Rubin Museum, personalities and experts like Sigourney Weaver, Steven Pinker, Stephen Sondheim, Questlove, and Helen Fisher will try to help us answer this question and understand ourselves and our feelings better.

The wildly popular Brainwave series at the Rubin Museum of Art returns for its ninth season, exploring the science behind our emotions and states of mind. Featuring unscripted on-stage conversations, immersive experiences and film screenings, Brainwave will illuminate how the mind shapes identity and emotions as experts and notable personalities trade insights from science, spiritual teachings, and their personal experiences. The series begins on February 3 with an encounter between actress Parker Posey and neuroscientist Emma Seppälä, and continues with such notable figures as musician Questlove, composer Stephen Sondheim, drag artist Courtney Act, cognitive scientist Steven Pinker, and more.

While six emotions have been identified as universal and shared by all human cultures — anger, disgust, fear, happiness, sadness, and surprise — advances in brain science are helping us decipher these and other states of mind, offering opportunities for self-discovery and understanding the human condition. Each Brainwave conversation will focus on a specific emotion.

“Brainwave is all about turning inward, understanding the mind, and what makes us who we are. Emotions impact our core life experiences and this season, we hope to delve deeper and understand why some people are formed by them, and some people informed by them,” said Tim McHenry, Director of Programs and Engagement at the Rubin, who curates the series. “Brainwave will perhaps make us feel differently about feelings themselves.”

Rubin Museum members can purchase advance tickets on January 20, 2016. Tickets go on sale to the general public on January 21, 2016. For ticket information and updates on events, please visit: www.RubinMuseum.org/Brainwave

Helen Fisher
Fickle Love
Wednesday, February 17
7:00 PM
$25
Biological anthropologist Helen Fisher, the author of Anatomy of Love: A Natural History of Mating, Marriage, and Why We Stray, explores the post-Valentine’s Day blues with a mystery guest.

Sharon Guskin + Jim Tucker
Consciousness after Death
Saturday, March 5
6:00 PM
$25
Does consciousness continue after the brain stops working? Sharon Guskin’s striking debut novel The Forgetting Time is inspired by the work of Ian Stevenson and Jim Tucker of the Division of Perceptual Studies at the University of Virginia. Tucker joins her for a conversation about the probability of past lives and reincarnation.

Zachary Quinto + Heather Berlin
The Brain on Spirituality
Sunday, March 6
7:00 PM
$25
The actor Zachary Quinto learns from neuroscientist Heather Berlin how different brain states can alter our subjective experiences. Shamanism, spirituality, consciousness—this conversation will ask what is objectively “real” and what is just a fabrication of our various brain states l.

Stephen Sondheim + Steven Pinker
The Lyric Mind
Wednesday, March 9
7:00 PM
$45
The experimental psychologist and one of the world’s foremost experts on language, mind, and human nature Steven Pinker meets one of the world’s foremost artists and explorers of language, mind, and human nature: Stephen Sondheim.

David Edwards + olfactory scientist
What Emotion Smells Like
Wednesday, March 16
7:00 PM
$30
Inventor and Harvard professor David Edwards launches his digital scent project oNotes with the help of an olfactory neurobiologist and…you. Bring your smartphone and be prepared to share it with your neighbor for a swipe-and-sniff experience.

Jacqueline Novak + a neuroscientist
Depression
Friday, March 18
7:00 PM
$25
Stand-up comedienne Jacqueline Novak marks the launch of her book How to Weep in Public: Feeble Offerings from One Depressive to Another with a deep conversation on depression with an expert.

Courtney Act + Tim Pychyl
Procrastination
Wednesday, March 30
7:00 PM
$30
Dithering, dilly-dallying, delay tactics—Tim Pychyl is the leading authority on why we put off until tomorrow what might be so easily accomplished today. The author of Solving the Procrastination Puzzle sits down with drag artist Courtney Act to help her stop sabotaging her best intentions.

Questlove + Stuart Firestein + a chef of note
Food and Innovation
Monday, April 25
8:00 PM
$45
In his new book somethingtofoodabout, The Roots drummer Questlove takes an enthusiastic tour of the state of creativity in American cuisine. On stage at the Rubin he will explore with neurobiologist Stuart Firestein what emotional states allow for the greatest creativity, and they and you get to taste what emotion creativity evokes in you.

CABARET CINEMA: EMOTIONS/EMOTICONS
These classic films, to be introduced by mind scientists and others, pinpoint the key emotion driving the film’s narrative. Included below are quotations from each film highlighting their connection to the series.


ABOUT - THE RUBIN MUSEUM OF ART is an arts oasis and cultural hub in New York City’s vibrant Chelsea neighborhood that inspires visitors to make powerful connections between contemporary life and the art and ideas of the Himalayas, India, and neighboring regions. With a diverse array of thought-provoking exhibitions and programs—including films, concerts, and on-stage conversations—the Rubin provides immersive experiences that encourage personal discoveries and spark new ways of seeing the world. Emphasizing cross-cultural connections, the Rubin is a space to contemplate the big questions that extend across history and span human cultures.
© // 3 files show complete blog 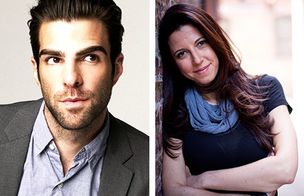 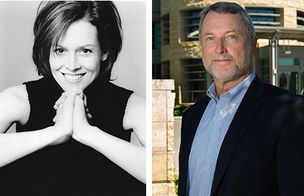 IMAGE // GOSEE VIP: RUBIN MUSEUM OF ART ANNOUNCES NINTH ANNUAL BRAINWAVE SERIES ON THE SCIENCE OF OUR EMOTIONS
THE LIBRARY OF STÉPHANE MALLARMÉ - Auction at Sotheby’s in Paris on 15 October 2015
Sotheby's Paris is honored to announce the sale of the library of Stéphane Mallarmé - an unparalleled collection in a state of perfect conservation - now revealed to the public for the very first time. This poignant legacy offers an insight into the life of a writer of genius. Manuscripts, inscribed books, photographs and letters all testify to Mallarmé's work, passions, and relationships: with Huysmans, Verlaine, Gide, Valéry, Manet, and other writers and artists.

The library includes all of Mallarmé’s major works, including 'L’Après-midi d’un faune' on Japanese paper, a gift to his daughter Geneviève, then 12 years of age, and his translation of Poe’s 'The Raven' illustrated by Edouard Manet. Most notable are the various manuscript and printed versions of Mallarmé’s masterpiece, 'Un coup de Dés jamais n’abolira le Hasard', including the original magazine publication and the poet’s impressive hand-written rendering of the layout. sothebys.com © // 1 file show complete blog 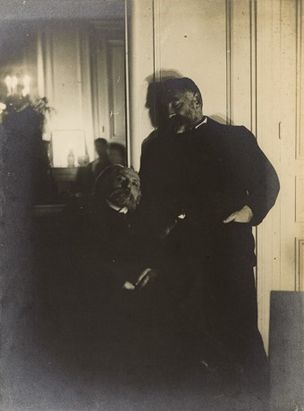 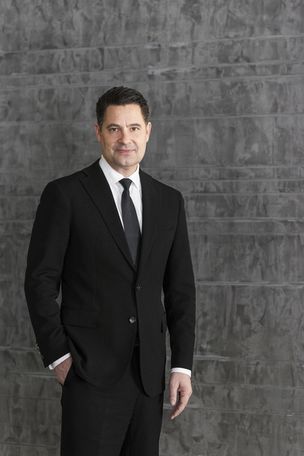 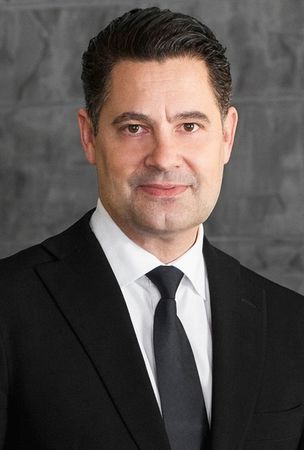