The CUPRA Formentor – the perfect crossover SUV with a distinctive design is the first independent model of the CUPRA brand. The creative duo from WE! shoot it, Michael Compensis and Thomas von Salomon, were commissioned by Cupra Germany to stage the new Formentor together with business philosopher and game changer Anders Indset.

Anders Indset is among the leading business philosophers in the world and is considered a trusted sparring partner for international CEOs and leading politicians. Celebrated by the media as ‘Rock’n’Roll Plato’ for his approaches to practical philosophy, he is now one of the most sought-after keynote speakers in Europe. “Our executives of today need the philosophy of yesterday paired with the science and the technology of tomorrow,” is the credo of the Norwegian publisher and entrepreneur.

The first drivable prototype of the Cupra Formentor was photographed in Frankfurt, when the sun was still standing low on the wintery horizon and casting long shadows. The honest and authentic editorial spread for the social media channels of CUPRA and RAMP magazine was photographed by the two in parallel, resulting in many different perspectives.

CUPRA on the shoot : “Creativity and knowledge-gone-wild are the pioneers of the 21st century – the driving force. Philosophy is there to support the process. Rough edges can and should be emphasized instead of always going with the flow. Precisely what the CUPRA Formentor demonstrates with its design language. And in an extremely striking way. So self-confident.”

Photographer duo WE! shoot it, aka THOMAS VON SALOMON & MICHAEL COMPENSIS, represented by KELLY KELLERHOFF, didn’t want to leave post to others either : Their modern look goes to show once again that international spreads can be staged in the middle of Germany. GoSee : cupraofficial.de///formentor
24.04.2021 show complete article 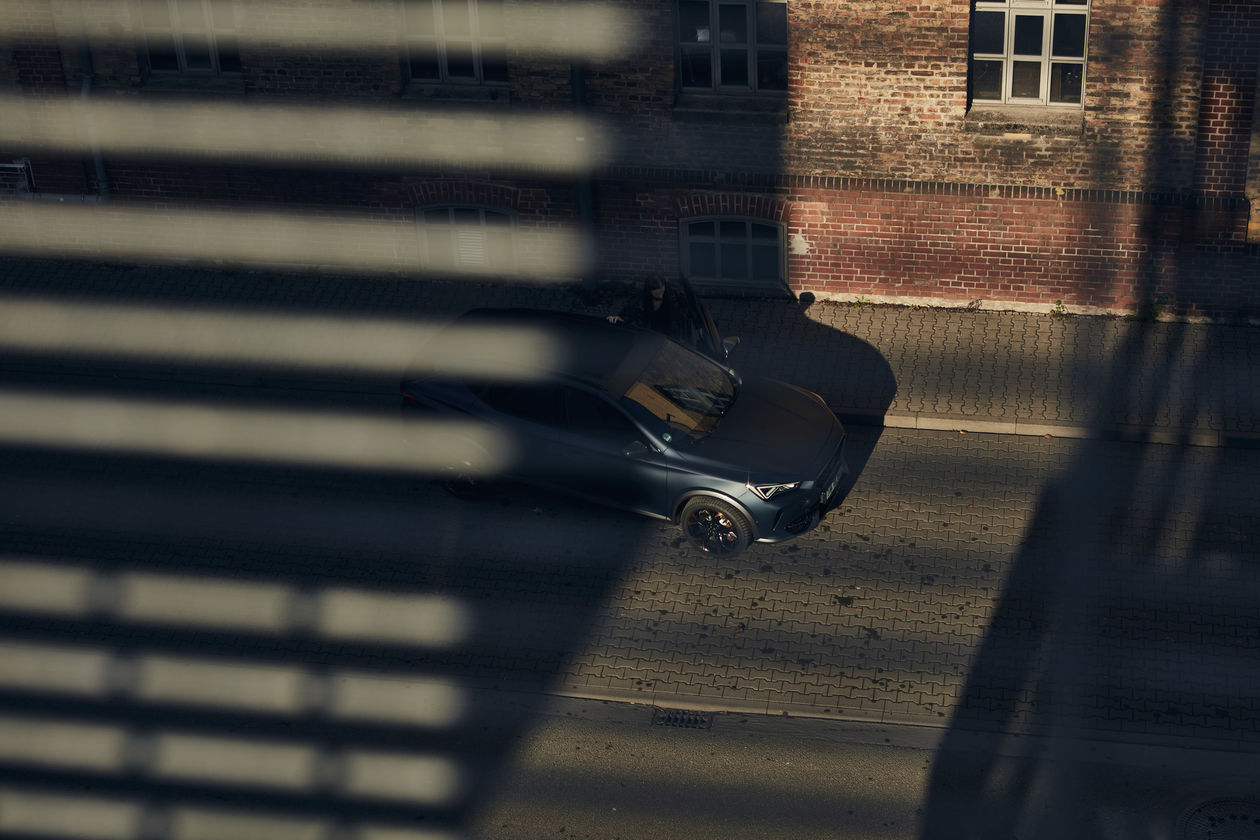 WE! SHOOT IT, aka Michael Compensis & Thomas von Salomon, staged the U5 for AIWAYS in black & white, and were on the loose these last days of winter with a rally BMW from the 60s!

For the European social media channels of Chinese electric carmaker AIWAYS, the two transportation specialists from WE! shoot it (represented by Kelly Kellerhoff) had the pleasure of staging the flagship U5. The client gave photographer duo Michael Compensis and Thomas von Salomon almost complete creative freedom, so they produced a black & white series in hard sunlight. “This is what makes these photos stand-out so refreshingly in the otherwise complaisant monotony of social media, demonstrating that cars don’t necessarily always have to look the same,” they tell us. Production took place exclusively in Munich with a Corona-conform mini-team. Post was taken care of by the duo themselves afterwards.

When it comes to vintage and classic cars, winter months are usually time for a break while the delicate classics are catching a few z’s in the garage, well-protected from ice, snow and above all, road salt. But do temperatures of eight below and deep snow really make all this necessary? For Uli, the owner of the 1967 BMW 1600-2, and the two photographers Michael and Thomas – I wouldn’t bet on it.

Almost 190 PS from a 2-liter engine, tuned for today, no parts that weren’t available in 1967 – that’s what makes Uli’s car different… and the fact that it is just as resilient in winter and fun in deep snow with its mass-to-power ratio and 165 winter tires.

The result is an extensive editorial photo spread with numerous car-to-car shots, panned shots drifting, and of course, details of all technical and design finesses of the classic rally car. And to whet the appetite for the story properly across social media channels, the duo also produced a teaser film while they were at it. Turn up the volume!
23.03.2021 show complete article

WE! SHOOT IT, aka Michael Compensis & Thomas von Salomon, present their personal work ‘SHARK’ and are delighted to now be represented by Kelly Kellerhoff

The year 2021 is still young, yet for creative duo Michael Compensis & Thomas von Salomon from WE! shoot it, it already has the first big news in store : The duo is now represented in Germany, Austria and Switzerland by GoSee PREMIUM member KELLY KELLERHOFF. The two transportation specialists look forward to fresh and synergetic cooperation with the renowned Berlin-based representation.

To kick off the year with the new representation, the photographer duo presents you its personal work on GoSee.NEWS entitled ‘Shark’, which the two of them photographed at the end of 2020 in Munich. They once again leave the terrain of classic transportation photography, consciously interweaving it with elements of fashion. To this end, the collaboration with Munich-based stylist Andrea Tzelepides (andreatzelepides.com) has been decisive. The classic gray Mercedes W124 and its unusual interior provided the perfect contrast and are the perfect fit for the rough industry location.

The models in front of the camera are the two newcomers Franzi Schilly and Jonathan Tolno, both c/o Munich-based type agency TIGERS. Make-up came from Jasmin ‘Jasminka’ Meier (jasminka-makeupartist.com), and Rubén Álvarez (ruben.art) gave the spread the final touch. The two demonstrate with the spread once again that they can do, and love for that matter, “much more than just cars”, but see for yourself.
19.01.2021 show complete article 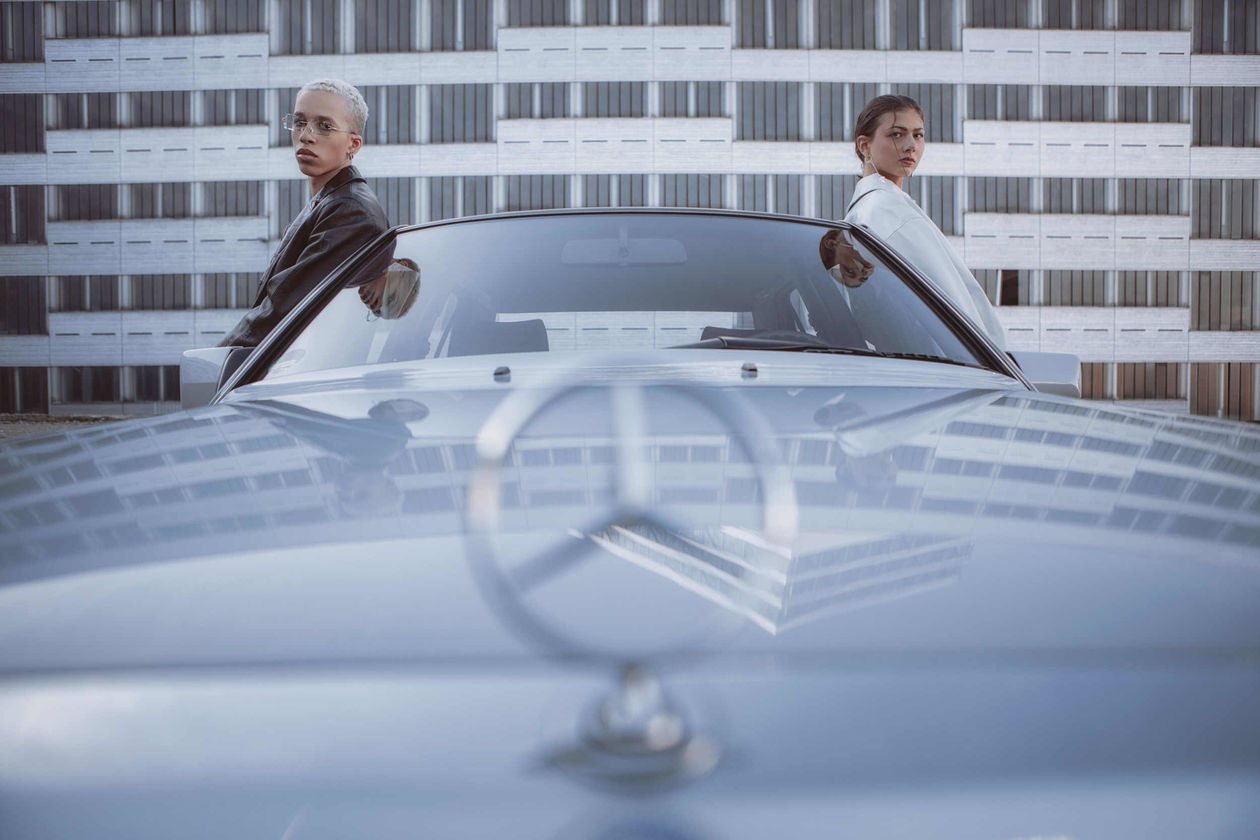